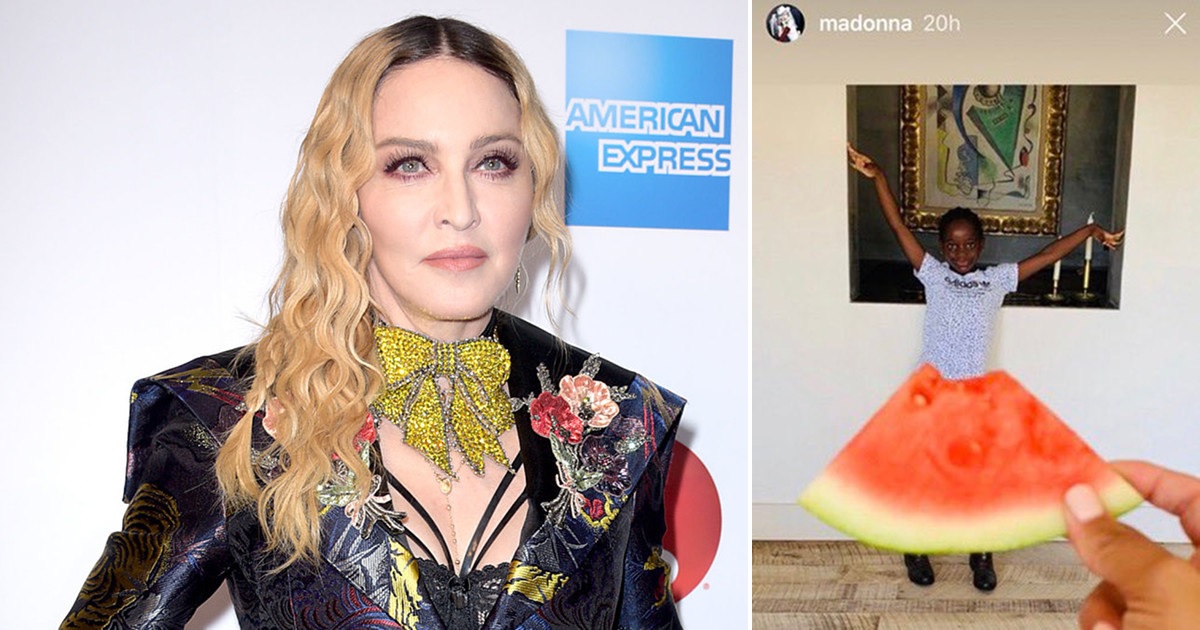 Pop legend Madonna is not too popular with Black Twitter at the moment. The entertainer is under fire for posting pictures of her two adopted African daughters that are culturally insensitive.

Madonna recently posted a series of controversial photos of the twin Black girls to her Instagram story. In the photos, each girl is posing with a slice of watermelon as if the fruit is a dress they are wearing.

Given the racial history and stereotypes associated with Black people and watermelons (along with fried chicken), Black Twitter did not appreciate the photos, especially since the mother of six only depicted her two Black children in the photos.

Madonna got her black kids posing with watermelon on social media in 2019? pic.twitter.com/7QQMJ2k4o2

Madonna uses her black kids for performance racism, that's how she stays relevant

Now why Madonna posting watermelon next to the black children pic.twitter.com/wnmiMGNWA0

why do Madonna keep playing with these kids like that’s pic.twitter.com/BmV0xJTmlw

Madonna is always doing some fcked up sh*t w/ her black kids lmao . Why does she do that ?

Madonna likes using her kids to be a racist troll.

The fact that Madonna only did that with her black kids…

In 2014, The Atlantic explained how watermelon has been used as a racist trope against black people since the Civil War. The magazine reported:

The trope came into full force when slaves won their emancipation during the Civil War. Free black people grew, ate, and sold watermelons, and in doing so made the fruit a symbol of their freedom. Southern whites, threatened by blacks’ newfound freedom, responded by making the fruit a symbol of black people’s perceived uncleanliness, laziness, childishness, and unwanted public presence.

While Madonna is most likely not racist, she is severely tone-deaf and may be feeling just a little too comfortable because she’s the mother of black children.

And, unfortunately, this is not the first time she’s found herself in hot water for some racially insensitive mess.

In 2014, she posted a photo of her white son Rocco with the hashtag #DisN***a. She apologized and deleted the post.