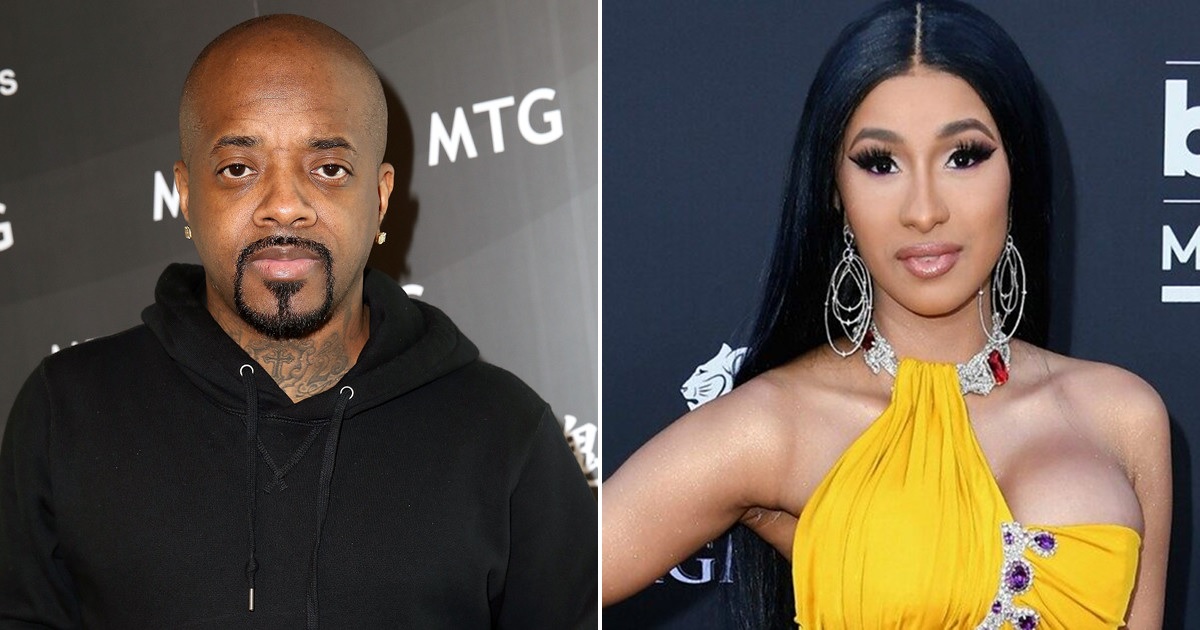 Jermaine Dupri just unintentionally sparked a rap beef with Cardi B after slamming today’s female rappers, but I don’t think he wants that smoke.

On Thursday (Jul. 11), Dupri sat down with the People Now. When the host asked him to share his thoughts on the hottest female rappers like Cardi, Megan Thee Stallion, and Nicki Minaj, he struggled to name a favorite, criticizing their style as “strippers rapping.”

“The only reason why I can’t say is because I feel they’re all rapping about the same things,” he explained. “I don’t think they’re showing us who’s the best rapper.”

Cardi is used to people trying to come for her artistry, however, with two Instagram videos, she clapped back at Dupri after hearing the respected producer’s comments.

“I have seen a lot of people sayin’ ‘Nowadays, female rappers only talk about they p***y and sh*t,” she said. “And now that Jermaine Dupri bring it up, now I’m gonna say something about it.”

She went on to explain that her lyrics are sexual because that’s what fans want to hear and whenever she tries to go a little deeper—like with “Be Careful“—it’s not always well received.

Cardi then gave a shout out to several current female rappers like Tierra Whack, Rapsody, and Kamaiyah, who don’t rap about sex, but don’t get the recognition they deserve.

“I feel we need to put these girls in more magazines and blogs. Radio DJs play these girls,” she said.

Dupri has yet to respond to Cardi’s videos. But what is there to say? Cardi made her point well: Sex sells in hip hop and we need to do more to support ALL female rappers, not just a select few every couple of years.