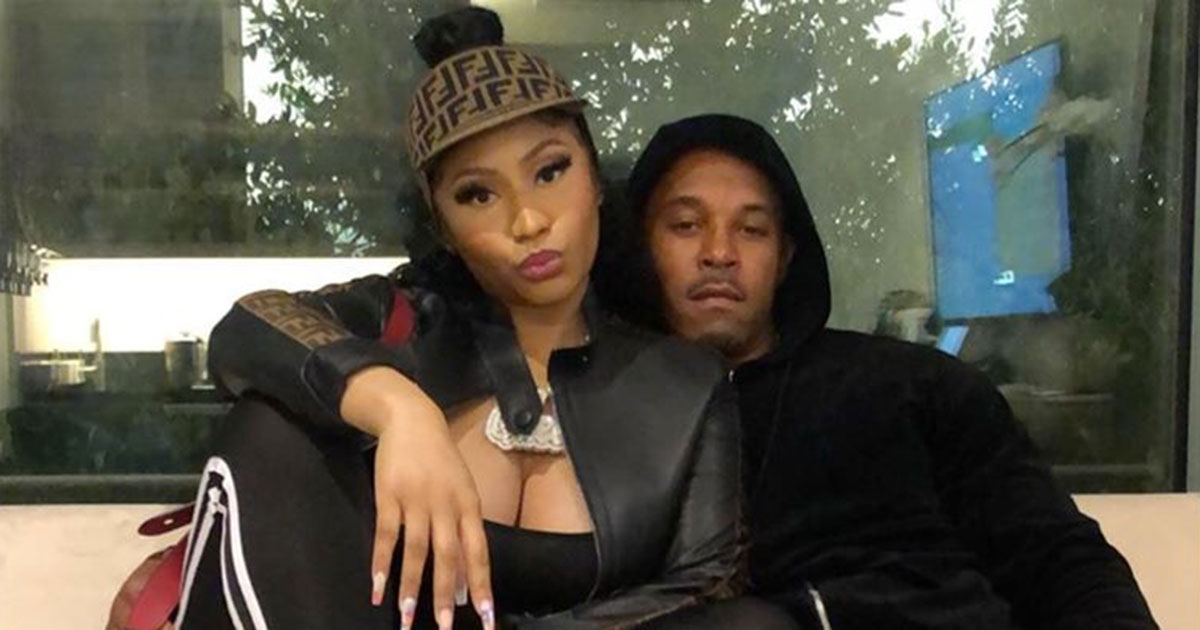 Nicki Minaj has the whole world thinking she is pregnant.

Last week, the Queens rapper sent fans in a frenzy after she posted a video of her boyfriend Kenneth Petty rubbing her belly as the two lay in bed together.

The video instantly sparked rumors that Nicki and her BF are expecting their first child together.

To add more fuel to the fire, Nicki posted a tweet following her appearance on “The Tonight Show Starring Jimmy Fallon” that only made the rumors seem even more true.

While on the show, Nicki and Jimmy enjoyed each other’s company at Red Lobster eating cheddar bay biscuits and drinking what appeared to be cocktails.

Fans took to social media to speculate about what Nicki was sipping on during her TV show appearance, but Nicki quickly cleared things up and let it be known she was NOT drinking alcohol.

“For the record; that was iced tea in that lobsterita glass. No alcohol was consumed in the making of our dinner date,” Nicki tweeted along with a blushing emoji.

For the record; that was iced tea in that lobsterita glass. No alcohol was consumed in the making of our dinner date. ??

Later in an Instagram Live video, Nicki responded to the pregnancy rumors without giving a clear answer to whether she’s expecting or not.

“And as for that question that y’all really wanted the answer to all I can say is…Bratatatat!”

Either Nicki is seriously trolling us all or we should be getting prepared for a baby Onika on the way.

Just days ago, during her Queen Radio Show, Nicki confirmed that she and Kenneth—who appears in her new “MEGATRON” video—recently obtained a marriage license.

Nicki’s new bae made headlines last year after it was revealed that he spent time behind bars after being convicted of manslaughter for shooting a man to death in 2002.

Petty pleaded guilty to the manslaughter charge in 2006 and served seven years in prison after being sentenced to 10. He was released in March 2013, court records showed, and was on parole until May 2018.