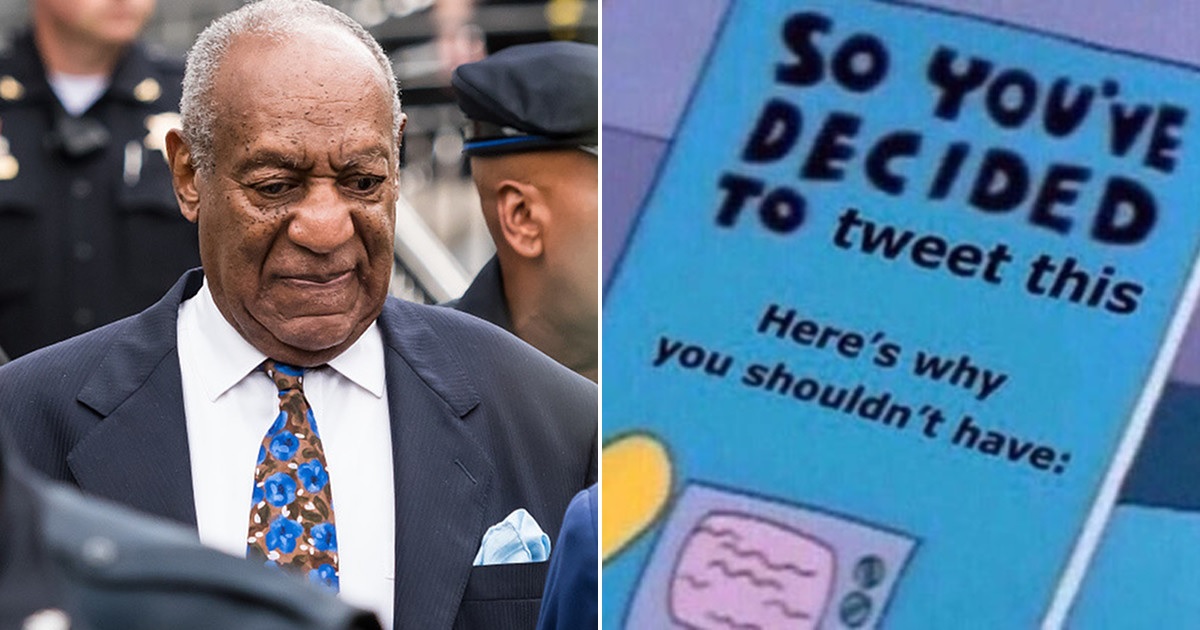 On Sunday (Jun. 16), Bill Cosby—or at least someone running his account—took to Twitter to make what was probably intended to be a well-meaning encouraging Father’s Day message.

The tweet also included an old clip of Cosby stressing the importance of fathers to the black family.

“Hey, Hey, Hey…It’s America’s Dad,” Cosby wrote. “I know it’s late, but to all of the Dads… It’s an honor to be called a Father, so let’s make today a renewed oath to fulfilling our purpose —strengthening our families and communities.”

Hey, Hey, Hey…It’s America’s Dad…I know it’s late, but to all of the Dads… It’s an honor to be called a Father, so let’s make today a renewed oath to fulfilling our purpose —strengthening our families and communities.#HappyFathersDay#RenewedOathToOurFamily pic.twitter.com/6EGrF87t6G

Cosby was dragged and mocked for calling himself “America’s dad” when he repeatedly cheated on his wife and drugged women to take advantage of them.

Strengthen families by not being unfaithful to your wife, by not treating young women like they're on the menu, and by not being a bad example to young men. Asshole.

Right up there with Melania talking about bullying…

Whoever runs his social media accounts OUGHT to have the cushiest job ever: saying nothing at all would be a million times better than saying literally anything.

Or maybe, these posts were scheduled to post a LONG time ago, and everyone jumped ship without cancelling them.

I'm telling you got a phone

Just seen two tweets — one from Bill Cosby wishing dads Happy Father's Day and the other a video from OJ Simpson saying Khloe Kardashian isn't his daughter. That's about enough internet for me this evening. pic.twitter.com/FV0qjjLSTH

First OJ, now this? Blocked in a New York Minute.

Amid the backlash, Andrew Wyatt, a spokesperson for Cosby, explained in a statement that Cosby requested the Father’s Day message be released on his social media accounts in support of a non-profit group, Man Up.

“Mr. Cosby’s (message) consisted of telling these men who have been incarcerated for many years, but are up for parole soon…to…take the word ‘disadvantage’ and remove the ‘dis,’ and start focusing on the advantage. That advantage is to be better fathers and productive citizens.”

Cosby, 81, is currently serving a multi-year prison sentence for drugging and sexually assaulting Andrea Constand in 2004.