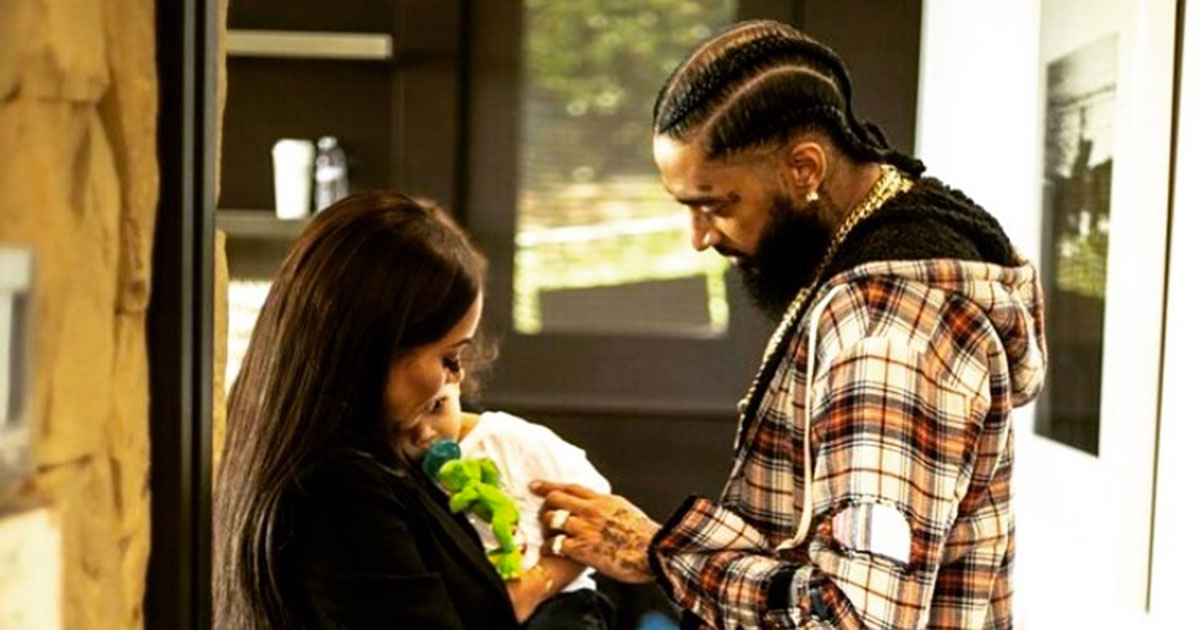 Lauren London took to Instagram Sunday (Jun. 16) to pay tribute to her late boyfriend Nipsey Hussle on their son’s first Father’s Day without his dad.

The popular rapper, born Ermias Joseph Asghedom, was shot and killed on March 31st outside his The Marathon clothing store in South Los Angeles at the age of 33 years old.

“One of the reasons I fell in Love with You…. Your Fatherhood,” Lauren wrote on Instagram along with a photo of the couple holding their now 2 and a half-year-old son Kross Ermias Asghedom. “Today we celebrate You … Love you Ermias.”

Lauren re-posted the picture on her IG stories with the caption: “Happy Father’s Day to the Great.” She wrote in another message: “Sent a lot of prayers to heaven last night.” 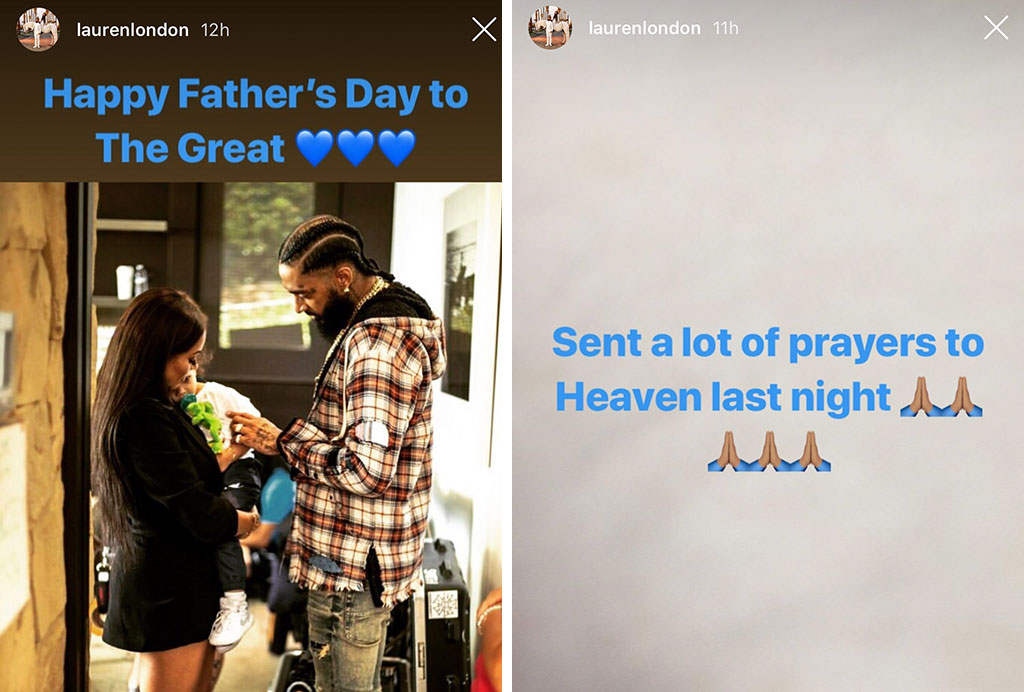 She also shared a never-before-seen photo of Nipsey with Kross and his daughter Emani, and also offered a message of support for those in situations similar to hers and Nipsey’s kids. 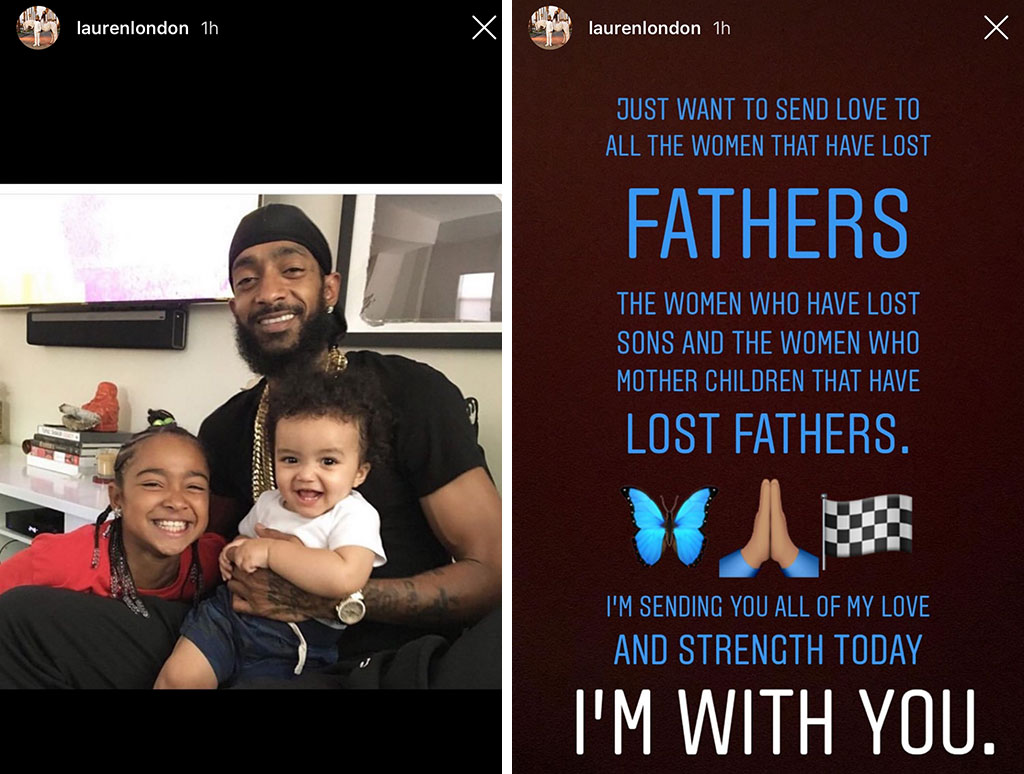 Lauren London, a model and actress, and Nipsey Hussle had been together for five years before he died.

Aside from the son they shared together, Lauren and Nipsey had a close tight-knit family with Hussle’s 10-year-old daughter Emani (from his previous relationship with Tanisha Foster) and London’s 9-year-old son, Cameron Carter, by Lil Wayne.