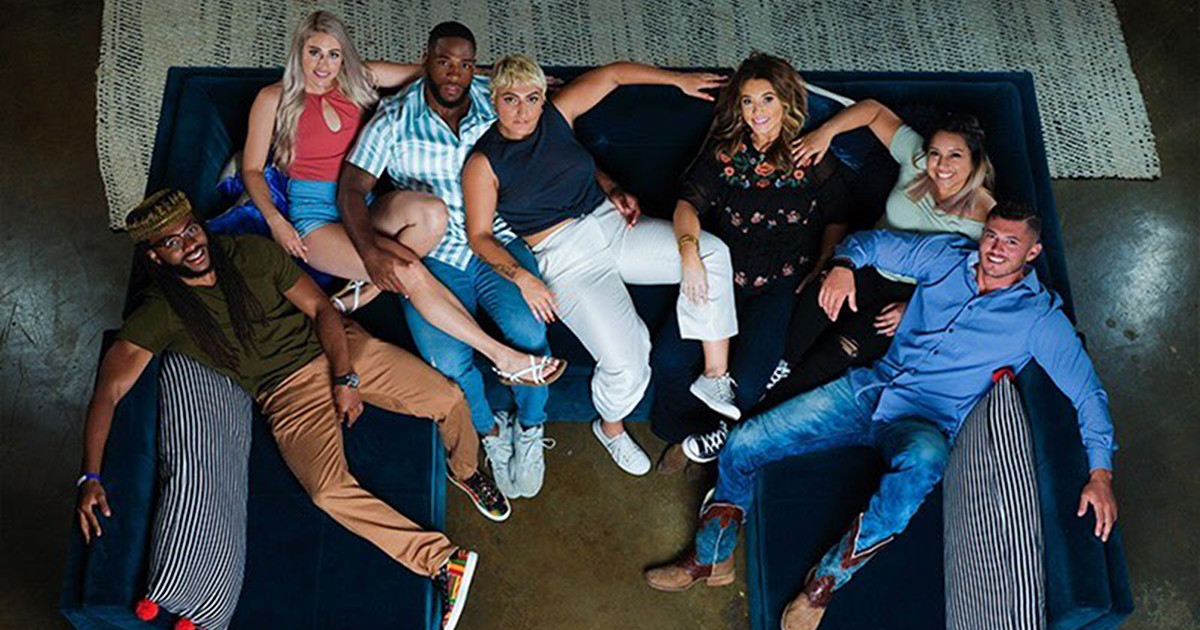 After a few years off the air, the groundbreaking reality series, The Real World, is back and headed to Atlanta. But after seeing the cast, not everyone is happy about it.

The revamped MTV staple will exclusively stream on Facebook Watch, beginning in June, and the first trailer just dropped.

“This is the next true story of seven strangers, picked to live in a house and have their hookups, screw-ups, apologies, honesty, voices, opinions, fights, tears, lives streamed exclusively on Facebook Watch,” the clip opens.

Staying true to its premise, seven strangers will live together for three months and controversial topics such as sexuality, race, immigration and teen parenthood will all be addressed by the housemates.

The cast includes a black Trump-supporting “proud Republican” from Texas (who also identifies as pansexual), a black activist working on his master’s in African American Studies, a conservative farmer, a religious virgin, a DACA recipient, and a liberal pansexual woman with Christian and Muslim parents.

However, with the 33rd season being filmed in Atlanta—the second largest majority black metro area in the country–many were quick to notice that the cast of seven featured no black women and only two black men.

Didn’t realize The Real World was still a thing. Also, the lack of black women on the show, in Atlanta lol, the misogynoir jumped OUT!

Lmao . I can count and remember the face of every black girl ever casted on the real world . Lmao, thats not saying much https://t.co/t1b6l0Cxmj

I know I'm not the target demographic, but I'm so confused by the optics of this casting when #Atlanta has several #HBCUs located minutes from *actual* downtown Atlanta and a substantial Black/Brown population.
Oh wait.
This "The Real World: Atlanta #Gentrification edition." https://t.co/fPMV91Pumd

Black people are in EVERY part of Atlanta. In the city, in the burbs, small houses, large houses, dorms, on the sidewalk…everywhere but in the Real World house smh

I always imagined if/when we got a “The Real World: Atlanta” it’d be one of the blackest casts… https://t.co/IILynaWKtN

Atlanta is a black ass city and most of the cast white? This is more like The Real World: Acworth https://t.co/D3m1psmmU1

The fact that the Real World is still on air is kinda trash but yeah, I've been to Atlanta, I have family in Atlanta… pic.twitter.com/dOR5wUhWkW

Me tuning into the real world Atlanta to see the mess pic.twitter.com/vspy9K2ZGV

Some users did point out that The Real World is about bringing seven people from around the country to one location, and is not intended to represent the demographics of the city in which the season is filmed.

Ppl saying these ppl don't look like they're from Atlanta have y'all new niggas ever watched the real world they never got ppl from the actual cities to be in the cast https://t.co/r6vJsVmCzs

I’m convinced y’all don’t know how The Real World (the show) works lol. I get ppl expressing concern over there not being a black woman & it’s being held in Atlanta. But the ppl aren’t from Atlanta. They’re from all over the country & are brought together. The city is irrelevant

The Real World: Atlanta premieres June 13th on Facebook Watch and full episodes will air every Thursday. Extra digital content, including scenes and Facebook Stories by the cast, will become available throughout the week.