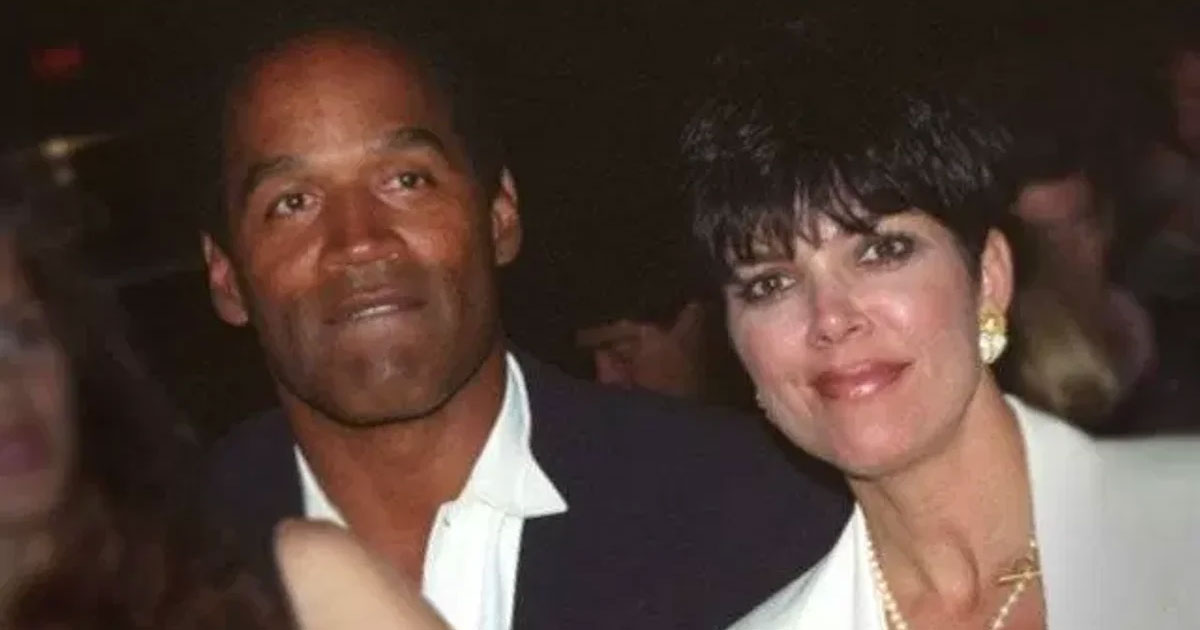 O.J. Simpson is back in the news again … this time for allegedly bragging about having rough sex in a hot tub with Kris Jenner that sent her to the hospital.

According to the disgraced footballer’s former manager, The Juice once boasted about having sex with his BFF’s wife, Kris Kardashian, in a hot tub in the 1990s, which ultimately ruined their marriages and friendships.

Norman Pardo says in his new documentary “Who Killed Nicole?” that Simpson told him that he and his then-wife Nicole, along with Robert and Kris Kardashian, were in a Jacuzzi one night while on vacation together.

When Nicole and Robert turned in, leaving O.J. and Kris alone, that’s when O.J. made his move, Pardo says.

“‘O.J. said he stood up, pulled his shorts down and, I’ll give you exactly what he said: ‘Her eyes bugged out of her head and I f**ked that B until I broke her,'” Pardo recalls on camera. “That was as messed up as you can possibly get.”

The alleged one-night stand had longstanding consequences for the four glamorous pals.

“From what I’m understanding, from what O.J. told me, everything was great up until [the] little fling that they had,” says Pardo, 55, who says he managed Simpson from 1999 to 2012 and has 70 hours of videotape of his former friend.

“The fallout from the hot-tub incident” damaged all their relationships, contended Pardo.

The Kardashians divorced shortly afterward in early 1991 and the Simpsons split by early 1992.

Simpson, now 71, boasted of the rendezvous — and the damage his menacingly large manhood had apparently inflicted — to Pardo during a 2003 limo ride from Raleigh, NC, to a paid appearance at an Atlanta nightclub, the ex-manager told The Post.

Three years after the alleged hookup came the grisly 1994 murders of Nicole Brown Simpson and Robert Goldman. While Robert Kardashian came around to join the so-called Dream Team that represented Simpson during his murder trial, Pardo maintained that it was more out of practicality than friendship.

“When O.J. was found not guilty, Robert Kardashian did not jump for joy,” Pardo said.

Robert Kardashian died of cancer in 2003.

Just a month after her 1991 divorce from Robert, Kris married Olympic hero Bruce Jenner, a woman now known as Caitlyn. They divorced in 2014.

Pardo said he is currently shopping his 90-minute feature to distributors. It will get an online release on June 12 to mark the 25th anniversary of the murders of Nicole Brown Simpson and Robert Goldman.

No longer on speaking terms with Simpson, Pardo said the alleged episode with Kris did not surprise him because Simpson “had a thing about being the dominant male” and “objectified” women.

In one scene, the disgraced halfback recounts a cheeky conversation with a sexual conquest: “The last girl told me that if I wasn’t 10 inches, she wasn’t interested. I said, ‘I like you. I’m a little turned on. But I’m not gonna cut two inches off for nobody.'”

Kris Jenner and O.J. Simpson did not return messages seeking comment. However, Simpson has previously denied ever sleeping with the television personality, telling a former prison guard he befriended that he “would never tap” Kris.

And in 2013, Kris Jenner shot down reports of an affair with the disgraced gridiron great.

“This is an absolute lie and not true. I have never had an affair with O.J. Simpson,” she told In Touch magazine.

In her 2017 book, “The Secrets of My Life,” Caitlyn Jenner refers to Simpson as “the most narcissistic, egocentric, neediest a–hole in the world of sports I had ever seen.”

Do you believe this guy?