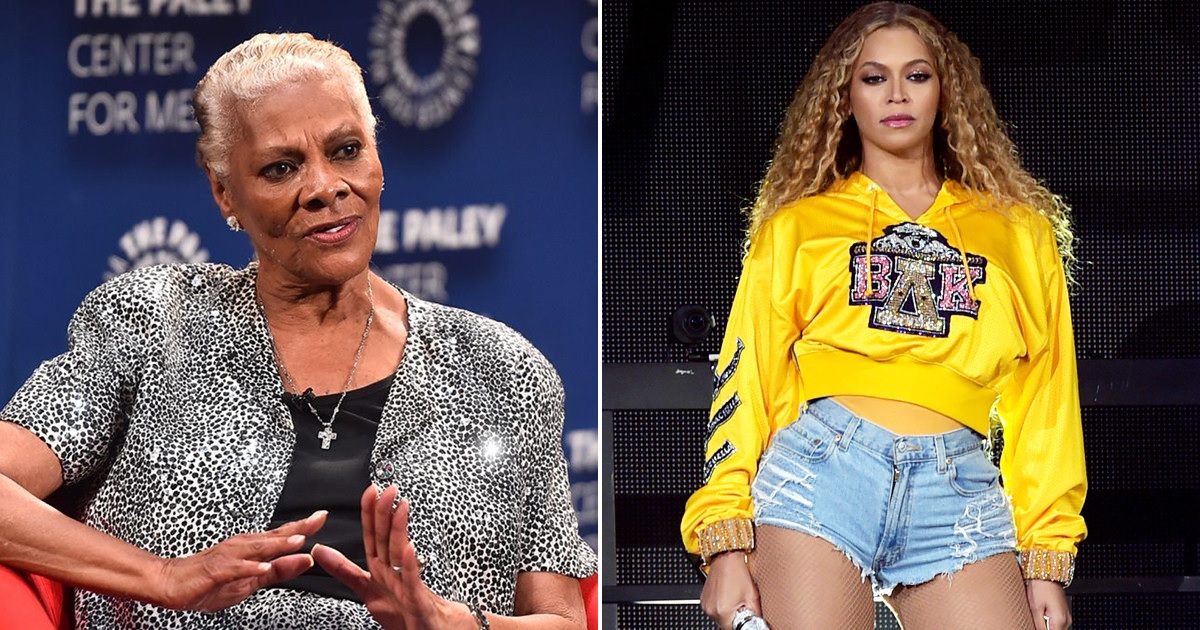 Twitter and the BeyHive are out here dragging Dionne Warwick!

The legendary singer is getting swarmed and stung after saying Beyoncé hasn’t reached icon status just yet.

“I love her to death and can appreciate her talent. But that iconic status? It’s a long road [ahead].”

Warwick spoke with Essence to promote her upcoming album, She’s Back.

The 78-year-old who has “58 years of chart-topping classics,” was asked if she thinks any of today’s music will be considered classics and if there are any icons in the mix.

She laughed and responded with a firm “Not yet.”

“I don’t know if 10 years from now, anybody can actually sing the songs of our babies today. That’s not, as you guys say, ‘throwing shade,’ it’s looking at it with reality,” she explained.

And while she certainly admires Beyoncé, Warwick isn’t ready to anoint Queen Bey as an icon.

“Watching her grow has been quite refreshing. It’s wonderful to see how she’s been able to create what and who she wanted to be and who she is…very proud of that, I really am. Now, sustaining and becoming a big icon that Gladys Knight, or Patti LaBelle, or Johnny Mathis, or Frank Sinatra, or Sammy Davis Jr. is? I doubt that.”

Dionne Warwick really sat up there and said Beyoncé is not an iconic artist.

Dionne Warwick gonna learn today ? it’s a whole different world compared to back when she was actively doing music, no one is even worried about her new album that interview only got attention because of what she said about Beyoncé pic.twitter.com/ouif0cKxNA

Dionne warwick's biggest hit is widely known through another woman's voice what does she know about being iconic pic.twitter.com/ZsMR3gOQBS

Dionne Warwick said what? Is she the next sacrifice for B7 era? ?

That fossil Dionne Warwick should have just sat in her old age chair, instead she is coming for Beyoncé pic.twitter.com/THNzXvEkyb

Dionne Warwick needs to be worrying about where her next meal will come from instead of Beyoncé’s icon status. pic.twitter.com/TWMtwenqLy

Is Dionne Warwick really iconic or just an elder of the industry. When I think of icons I don’t think of her lol.

Despite the dragging, many were quick to put some respect on Dionne Warwick’s name.

I'm a Beyoncé stan but what we're not gonna do is drag living legend Dionne Warwick. You can disagree with her but the amount of disrespect I'm seeing is out of control. She paved the way for 90% of your faves. pic.twitter.com/PPr829HdBm

dionne warwick helped open the doors for damn near every black female performer in contemporary music. ya’ll not about to drag the first black female pop star, nah.

I encourage everyone to educate themselves about Dionne Warwick before putting your ignorance on for display. And when I say "educate", I don't mean go on Wikipedia and look at her chart stats and album sales.

Y'all really asking who is Dionne Warwick, like the woman isn't one of the record holders for most Billboard Hot 100 entries.

Warrick took to Twitter to clarify her comments, which she said was misconstrued by Essence.

“It takes a long time to reach and achieve iconic status. That’s not to say that Beyoncé isn’t well on her way,” Warwick wrote. “She is a gifted performer.”

What I said is in quotes. What @Essence said is not. It takes a long time to reach and achieve iconic status. That’s not to say that Beyoncé isn’t well on her way. She is a gifted performer. That was a reach from Essence. pic.twitter.com/nWlZcrgdqg