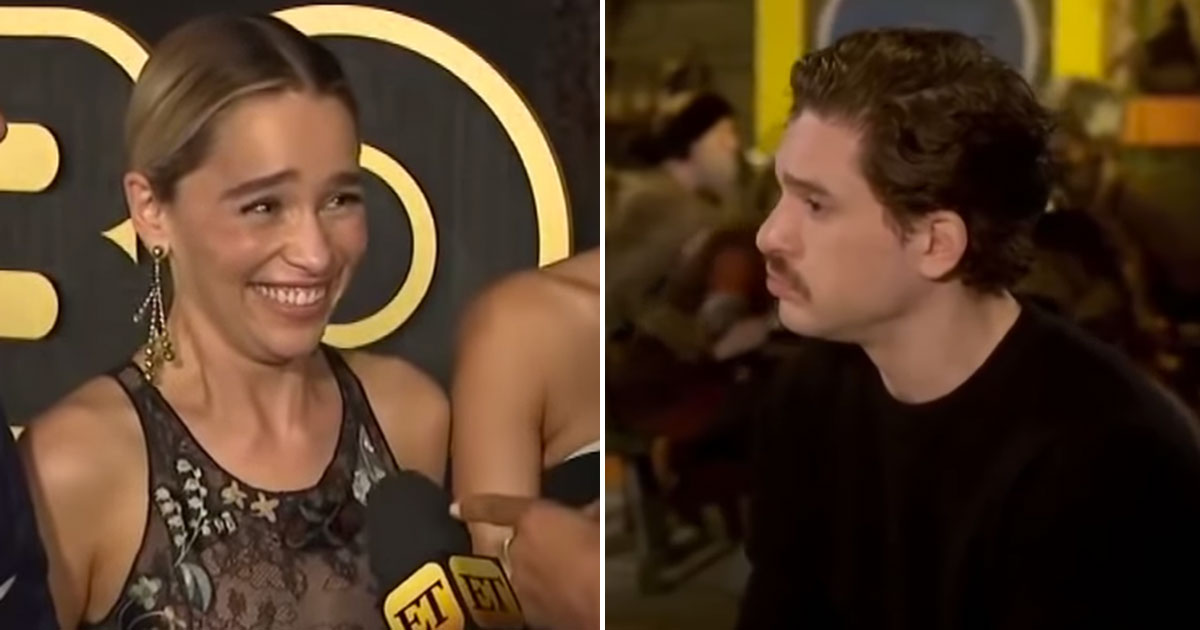 FYI: Spoilers ahead. It should be obvious, considering the title, but just in case you landed here by mistake … If you haven’t seen the “Game of Thrones” Finale (Season 8, Episode 8) LEAVE! NOW!!

After eight seasons and, ironically, eight years, HBO’s biggest and most popular show ever, Game of Thrones, aired its highly anticipated (and also highly dreaded) series finale Sunday night (May 19).

Watch the penultimate episode of #GameofThrones on @HBO. #TheFinalEpisode pic.twitter.com/hIpkxFjGqQ

So, after burning King’s Landing to the ground, Queen Daenerys rallies with her troops and pledges to “break the wheel” and liberate the world. She says those who go against her will suffer the same fate as the people of King’s Landing. She makes Grey Worm the commander of her entire army.

Dany then accuses Tyrion of treason for freeing Jaime, and Tyrion lets her know (in front of everyone) that he doesn’t agree with her burning down King’s Landing. After Tyrion takes his “Hand” pin and throws it to the ground, Dany imprisons him.

While imprisoned, Tyrion pleads with Jon Snow to do what he knows is the right thing. Dany has proven herself to be a tyrant and needs to be stopped, Tyrion says. Jon, however, is loyal to his Queen and leaves Tyrion wondering what’s going to happen next.

As Dany touches and admires the Iron Throne, and is just about to sit down on it, she’s interrupted by Jon, who lets her know he thinks she did a terrible thing by killing the hundreds of thousands of people in King’s Landing.

Jon also begs Dany to free Tyrion, but she refuses and remains adamant that she’s doing (and has done) the right thing. It’s almost as if he’s begging her to change her ways in that very moment before he decides to do what he thinks is the right thing to do.

After basically telling Jon “I’m going to do what I want to do because I am Queen of the Seven Kingdoms and everyone else will either adhere to my rules or die,” Dany leans in to kiss him … and then Jon stabs her right in the heart.

The Queen is dead, and she never even got to sit on the Iron Throne.

Drogon, sensing Dany’s apparent death, flies into the Throne room, and after confirming that his mother is really gone, he looks at Jon and sets fire to the Iron Throne, reducing it to molten metal. He scoops up Dany and flies off. They’re never seen again.

Jon is taken prisoner by Grey Worm and the Unsullied, and a few weeks later, all of the Lords and Ladies of Westeros’ Seven Kingdoms hold a meeting to determine who will rule the realm.

Arya and Sansa’s Uncle Edmure Tully nominates himself, and Sansa comically tells him to have a seat, which makes everyone else snicker in amusement. Tyrion nominates Bran, who, surprisingly, accepts.

Everyone agrees that “Bran the Broken” is now the King … but Sansa wants to rule the North as an independent kingdom, which King Bran allows.

Instead of executing Jon (which is what Grey Worm wanted) or freeing him (which is what Arya and Sansa wanted), King Bran comes up with a punishment that appeases everyone … sending him to the Night’s Watch for the rest of his life.

As for Tyrion, his “punishment” is to be Hand of the King for the remainder of his life and try to make up for all of the tragic mistakes he’s made over the years.

Jon says goodbye to his brother and sisters and heads to Castle Black.

Instead of going to Winterfell, Arya says she wants to see what’s west of Westeros since all of the maps stop there. Sansa goes on to rule Winterfell as Queen in the North. Grey Worm and the Unsullied travel to Naath in honor of Missandei.

When Jon gets to The Wall, he’s reunited with Tormund and his extremely loyal dire wolf Ghost. The show ends with Jon and the Wildlings passing through the gates of The Wall to the far north.

While many fans have petitioned for HBO to redo GoT’s entire eighth and final season, those of us with good sense in our heads know that there’s ZERO chance of that ever happening, no matter how many signatures are acquired via Change.org.

The show ended how it ended and that’s that. If you were actually paying attention to all 73 episodes, the “Game of Thrones” storyline actually reached a final point quite well, though some could argue that the way we got there could have been done a bit better.

However, regardless of how you may feel about how Game of Thrones ended, the show’s titular characters, Jon Snow aka Aegon Targaryen (played by Kit Harington) and his auntie/lover/queen Daenerys Targaryen (Emilia Clarke) warned us that their characters would receive not-so-happy endings months ago.

On the red carpet of the GoT Season 8 premiere party in April, when an ET reporter asked Emilia Clarke, Jacob Anderson (Grey Worm) and Nathalie Emmanuel (Missandei) if they were “happy how things ended,” Clarke couldn’t hide her disappointment as she awkwardly yelled “BEST SEASON EVER!” while everyone laughed.

And earlier this year, during an interview while promoting his new movie at the time, How to Train Your Dragon: The Hidden World, Kit Harington was asked to sum up the Thrones finale in one word.

The word he chose? DISAPPOINTING.

So there you have it, Jon Snow and Daenerys knew all along (obviously), but we didn’t listen. WE DIDN’T LISTEN!!