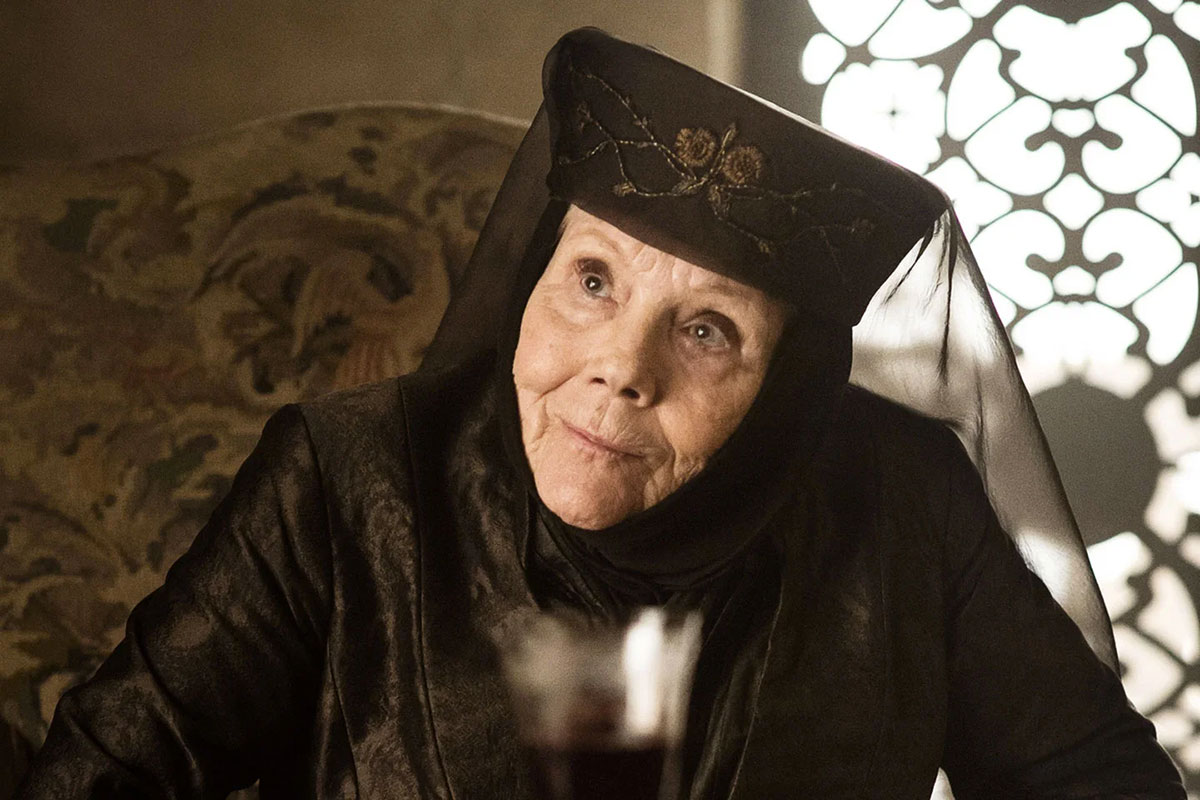 Diana Rigg, the Emmy award-winning actress famous for starring as Lady Olenna Tyrell in Game of Thrones and Emma Peel in The Avengers TV series has died at the age of 82, her daughter confirmed Thursday morning (Sep. 10).

“My Beloved Ma died peacefully in her sleep early this morning, at home, surrounded by family,” Rachael Stirling said in a statement.

“She died of cancer diagnosed in March, and spent her last months joyfully reflecting on her extraordinary life, full of love, laughter and a deep pride in her profession. I will miss her beyond words.”

Rigg’s agent Simon Beresford also released a statement calling the actress “an icon of theater, film and television” and said that she was “a much loved and admired member of her profession,” as well as “a force of nature who loved her work and her fellow actors.” He added that Rigg would be “greatly missed.”

In addition to her roles on Game of Thrones and The Avengers TV series, Dame Diana Rigg also played the only woman who became Mrs. James Bond.

Last year, Dame Diana said she enjoyed playing a villain in Game of Thrones, telling the BBC: “I love playing bad [characters]. They are so much more interesting than good. There are some actors who don’t like to play bad; they like to be liked. I love to be disliked. Olenna had the best lines.”

Rigg won an Emmy award in 1997 for her performance as Mrs. Danvers in Rebecca and a Tony award for playing the title character in Medea.

In 2000, she won a special BAFTA (British Academy of Film and Television Arts), alongside her The Avengers co-stars Honor Blackman, Joanna Lumley and Linda Thorson.

Rigg also won a BAFTA in 1990 for her role in the TV series Mother Love.