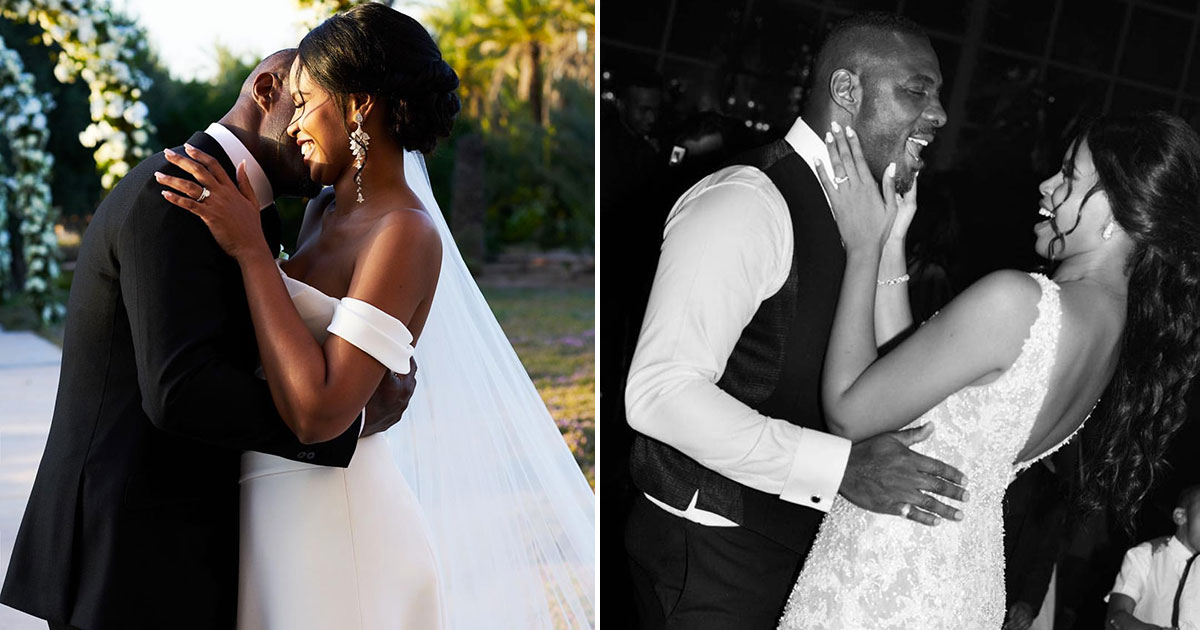 Sorry ladies, but Idris Elba is officially off the market.

The “Luther” star and his bride were all smiles in a series of beautiful photos shared by British Vogue magazine.

Idris and Sabrina had been engaged for a little over a year before exchanging vows in an elaborate ceremony Friday at the Ksar Char-Bagh hotel in Marrakesh.

The celebrations were spread out over three days, with family and friends attending a “colours of the Souk”-themed dinner the night before the wedding at the Amenjena.

And on Saturday, the happy couple and their guests attended an all-white party at the Mandarin Oriental.

More photos from Idris and Sabrina’s wedding will appear in the July issue of British Vogue.

Idris was also briefly married to a woman named Sonya Nicole Hamlin. They got married in April 2006 and were divorced by August of that same year.

Asked what makes his third wife Dhowre “the one,” Elba previously said: “[We] have good chemistry. She makes me laugh and we share common goals. She makes me happy. She makes me celebrate my successes and when I’m not too sure about stuff, she makes me think.”