GOSSIPONTHIS.COM Celebs Nipsey Hussle’s Mom Says She Spoke to Him Through a Psychic &... 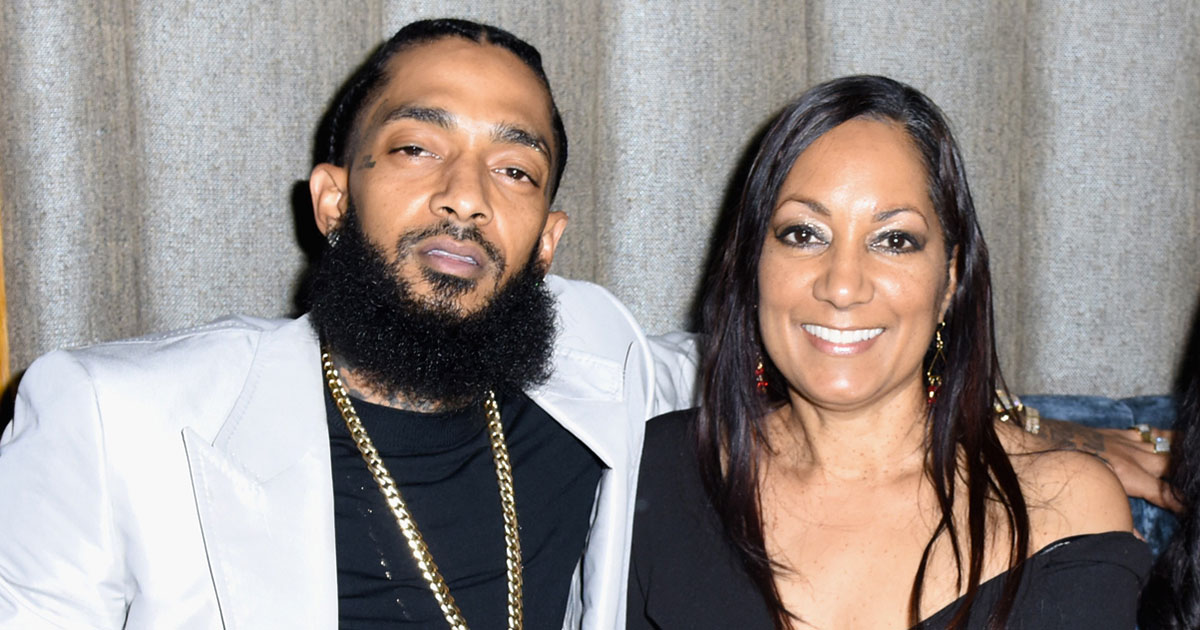 Nipsey Hussle’s mother is speaking out about what a psychic medium told her Hussle did right after he passed away.

In a new video making the rounds on social media, Angelique Smith revealed she’s been communicating with her son Ermias Asghedom, best known as Nipsey Hussle, through a psychic medium.

Smith said Nipsey told her after he was shot, his spirit rose out of his body and chased down his killer Eric Holder “like a superhero.”

“His spirit came up out of his body, immediately,” Smith said. “The medium told me that he told her that he chased Eric Holder. His spirit, his spirit chased after him, like a superhero, you know? He came out of his body, he said, ‘quickly,’ and there was especially no pain.

Smith has tried her best to comfort Nipsey’s fans after his untimely death.

Just a day before his celebration of life, she shared an inspirational message offering hope and peace to those mourning the late rapper.

Smith added that Nipsey’s life was really just beginning in an eternal sense.

“When you die, as they call it, you are just becoming a baby in your spirit,” she said. “You are just beginning to live your eternal life that never dies. Ermias will never die. You have him in your hearts. Every time you think of Ermias, he lives. His spirit is everywhere now.”

Smith also said that Nipsey looked at peace when she viewed his body before his public memorial service.

“I don’t want you to be traumatized. Ermias was more beautiful in death than he was in life,” Smith said. “Ermias didn’t have any marks on him when I viewed him. His hair was perfect; there was not one strand of hair that was out of place. All of the love and all of the compassion and all of the caring and the truthfulness and the generosity and the honesty … just all of the good things that were inside of Ermias’ heart, it’s as if they lifted off of his heart and they transferred to his face.”

Smith continued: “When you walk this earth and you do good deeds for people, and you are loving and kind, those are the things that will show on your face. You will look more beautiful. Death is just the beginning of a wonderful world. And I tell myself, Ermias liked thrilling things. And now my son knows the mystery—the secret, rather, to the mystery of life.”

Angelique Smith also had a similarly positive attitude while speaking about Nipsey at his celebration of life at the Staples Center earlier this month.

“I have perfect peace. I am happy. I am complete. I am strong. And if I can feel this way, you can, too,” she told the thousands of mourners at the service.

Smith talked about how she felt the moment she learned her son had been shot and killed, saying that she sensed something bad was going to happen for weeks.

“I had not slept for two weeks leading up to this event on Sunday. When I went there I was not at perfect peace,” she recalled about arriving at Hussle’s Marathon Clothing Store the day he was killed.

Smith also urged her son’s fans and members of her community to embrace peace and a healthy lifestyle.

Smith added: “We have to be the light of change that we want in the world. I’m very proud of my son. My son, Ermias Joseph Asghedom, was a great man.”

Nipsey Hussle was gunned down outside his The Marathon clothing store in Crenshaw, Los Angeles on March 31st. He was 33 years old.