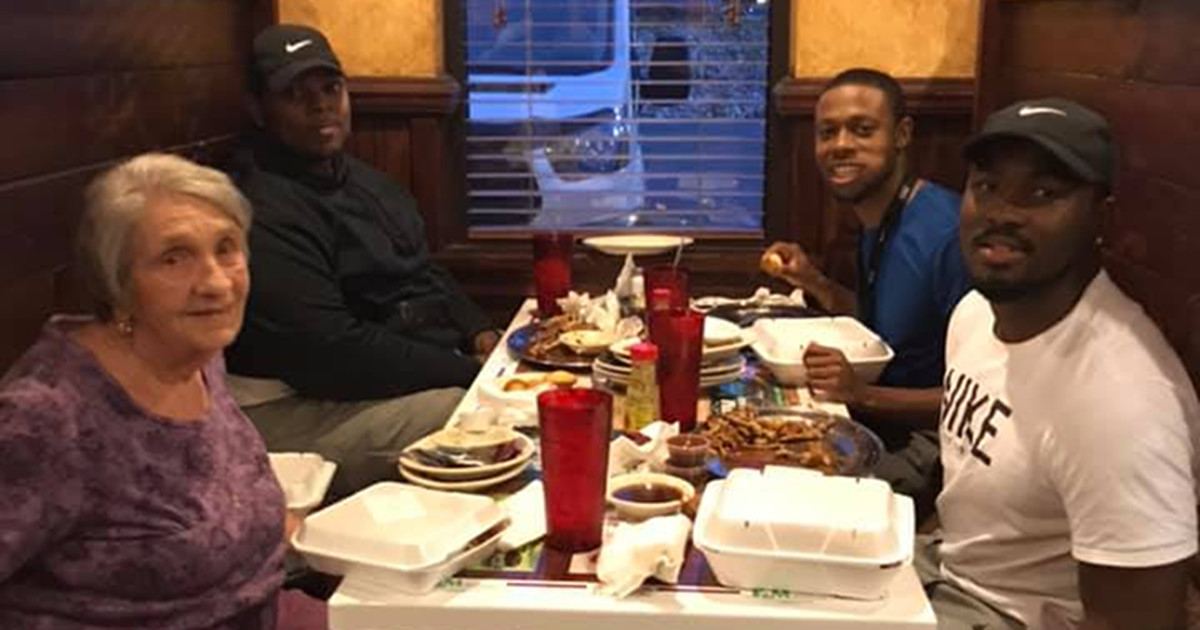 Three Alabama friends have a new outlook on life after a chance encounter with an elderly woman in a restaurant and an act of kindness.

“The point in this is always be kind and be nice to people,” Jamario Howard wrote in a Facebook post that has gone viral. “You never know what they are going through.”

Howard and his two friends, JaMychol Baker and Tae Knight, were waiting for their food at an Oxford, Alabama eatery named Brad’s when they saw an elderly woman eating by herself.

“My exact thought was, ‘Dang I’d hate to have to eat alone,'” Howard wrote.

Howard decided to briefly sit with the woman and began a conversation with her. She revealed that the following day was her 60th wedding anniversary. Sadly, her husband had passed away. Howard was touched by the widow’s story.

“I instantly gave my condolences and asked her to come eat with us, which she was excited to do,” he continued in the post.

The window, Howard, Baker and Knight all shared a meal together at the same table and captured the moment in a picture.

Howard was profoundly moved by the encounter and felt compelled to share it on Facebook. The heartwarming post went viral and has been shared more than 50K times over 200K reactions.

He ended the post with a simple message for everyone, but always a helpful reminder:

“[I] can’t stress this enough. GO SEE YOUR MOM AND YOUR GRANDPARENTS. They miss you!!”