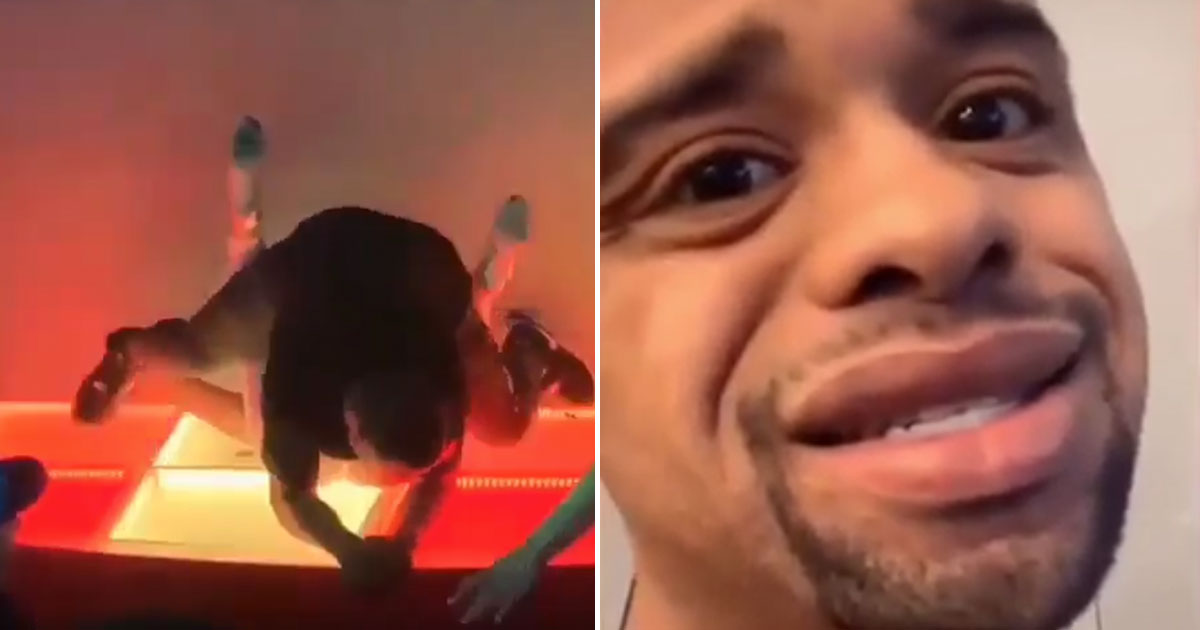 Some people don’t make it out of the boy band experience unscathed and of the B2K crew, Raz B is definitely the one who seems to have emerged with the most collateral damage, largely due to his scathing accusations that Chris Stokes touched him inappropriately.

While Omarion has had an on-again, off-again solo career and Lil’ Fizz and J Boog joined Omarion on reality TV with Love & Hip Hop, Raz B has been struggling to find his place in the world as no one has sought out his solo music endeavors or booked him for a TV gig of any sort. In fact, up until the Millennium Tour, he was hiding out in Asia scrounging up change wherever he could.

But since the Millennium Tour popped off this year, Raz B has been running amuck on social media. Sometimes he’s quitting the tour, only to turn around and rejoin it promptly, other times he’s caught on camera dry humping a random girl in the club reverse cowgirl style.

Now … I have many questions. Shouldn’t a star of Raz B’s stature be capable of pulling groupies to perform actual sex acts instead of simulating sex acts with their clothes on in a public venue?

Dry humping just seems very … middle school. Also, the reverse cowgirl move was … unexpected. The way Raz B was throwing his ass back in his female victim’s face was mad … aggressive. But hey, do you, playa!

When Raz B wasn’t bumpin’ and grindin’ on Instagram, he was accusing someone of stealing his sunglasses. This rant graced our timelines recently:

Then, before we knew it, he popped up the next day with a new pair of sun glasses, talkin’ bout he bought himself a new pair after his other pair were stolen.

Maybe the girl whose pelvis he crushed while dry humping her in that club took his designer sunglasses as a down payment for a chiropractor appointment? Who knows.

I just hope the Holy Spirit keeps watch over crazy Raz B because common sense and sound decision making are not manifesting in his destiny at the moment.