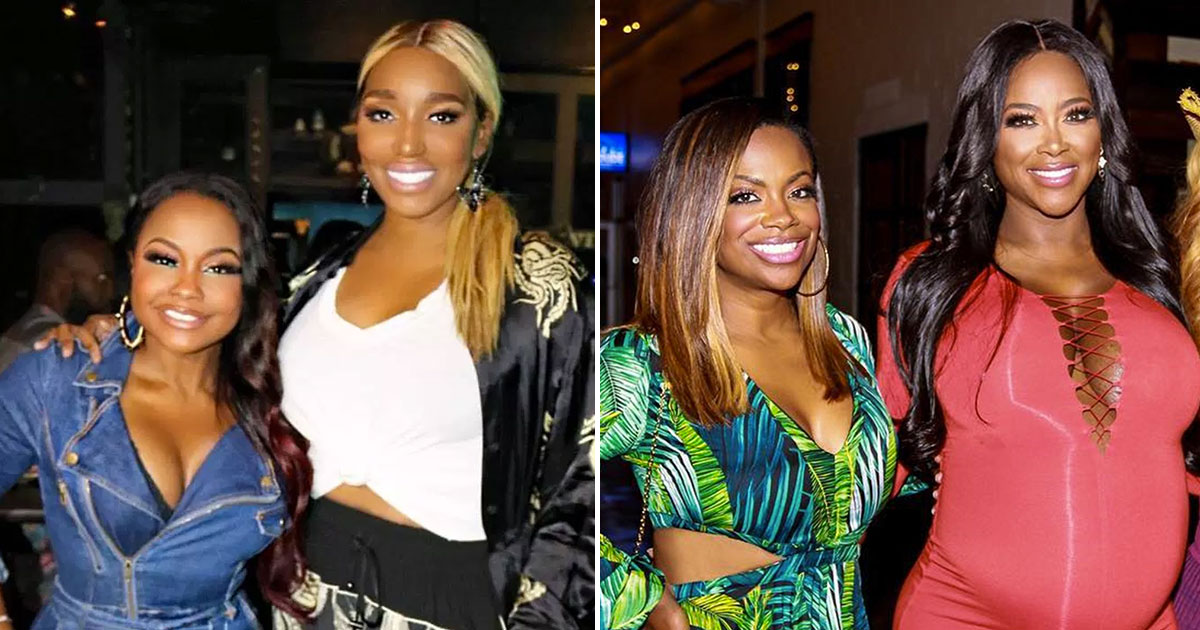 Feeling like everyone is against her, NeNe Leakes is reportedly pushing very hard for Phaedra Parks to make a return to The Real Housewives of Atlanta.

Sources exclusively spilled the tea to Love B. Scott.

Rumors that Kenya Moore is currently in negotiations to return to the show as a peach-holding housewife have reportedly spooked Leakes. And now she’s using all of her power at Bravo to sway execs into bringing back the ousted housewife, Parks.

“We’re told she feels that if the network is bringing Kenya Moore back, then she would feel better about having a cast member return that’s ‘on her side’ as well,” B. Scott reports.

The major hitch in Leakes’ plan is that Kandi Burruss has publicly and privately threatened to quit RHOA if Parks ever returns to the show.

The two fell out after it was revealed that Parks started a rumor that Burruss and her husband, Todd Tucker, had attempted to drug fellow housewife Porsha Williams and take her back to their alleged “sex dungeon.” Parks was fired for the serious allegations.

Via Love B. Scott:

Kandi’s business empire keeps growing AND she’ll have another baby girl via surrogate next season, so Bravo isn’t taking chances on letting her go. For that reason alone, Phaedra’s return is unlikely.

So, it looks like Leakes will have to fend off Moore by herself, for now.
Leakes and Moore have had a hot & cold relationship over the years and it’s currently frozen due to some off-screen social media beef the two have.

We saw a glimpse of this frosty friendship during the Season 11 Finale when NeNe refused to even speak to Kenya after she unexpectedly showed up at Cynthia Bailey’s event.

NeNe even felt betrayed by Cynthia for not giving her a heads up that Kenya was also going to be in attendance. The incident has broken their longtime friendship as well.

In a recent interview with E! News, Leakes stated that she would welcome Parks back to RHOA, despite Burruss’ feelings. She also tried to appear unbothered by Moore’s possible return.

“I’m not against anybody returning to this show,” she said. “Bring ’em back, bring ’em all back … I’m still gonna be here.”

“Bring Em Back” AKA “I don’t have anybody to film with” pic.twitter.com/hjtTbXsv3I