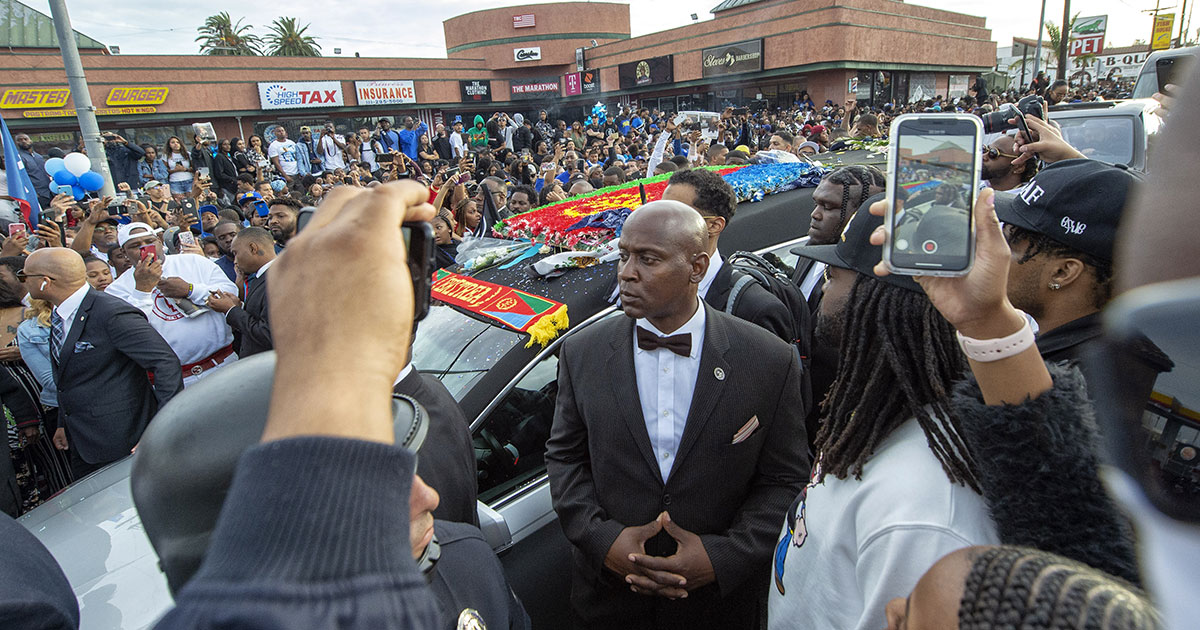 If you’re looking for a visual representation of Nipsey Hussle’s impact, look no further than this awe-inspiring video showing thousands of the rapper’s fans and supporters gathered around the silver hearse carrying Nipsey’s casket as it arrived the rapper’s The Marathon clothing store in Crenshaw.

Hussle (born: Ermias Asghedom) was described as a person who cared about his community and made it his mission to make the world a better place for everyone.

Following the service, which was live streamed online and also aired on television via BET and local L.A. TV networks, Nipsey was taken on a 25-mile journey throughout Los Angeles for a final “victory lap” as thousands of people lined the streets to say goodbye to a neighborhood hero and legend. 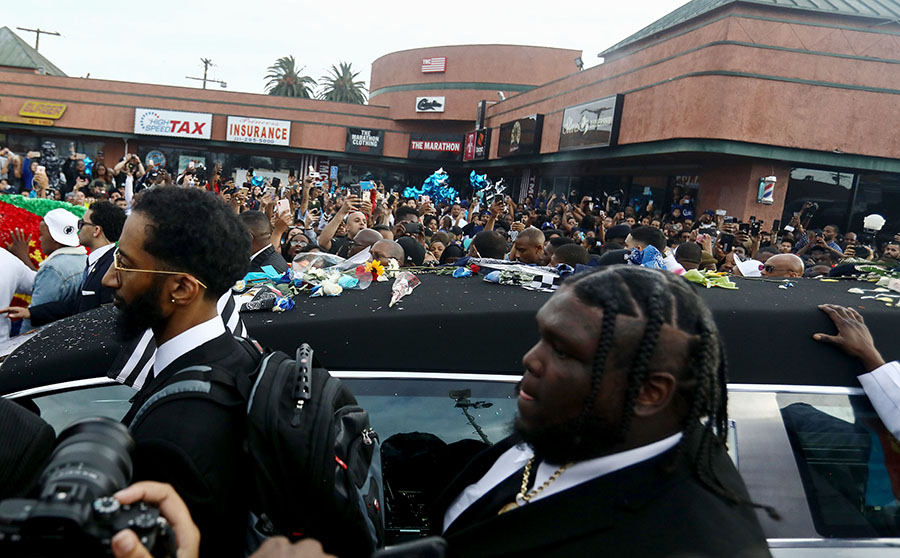 Along the route, fans reached out to touch the silver hearse carrying the late rapper’s body, while others snapped photos and captured video footage of the occasion.

When Nipsey’s hearse arrived at The Marathon clothing store, where he was fatally shot on March 31st, a massive crowd assembled outside the store and spilled out onto the street.

In addition to his girlfriend of six years, Lauren London, and his two children, daughter Emani and son Kross, Nipsey is survived by his mother and father, Angelique Smith and Dawit Asghedom, his brother, Samiel “Blacc Sam” Asghedom, and his sister, Samantha Smith.