GOSSIPONTHIS.COM Celebs Lauren London Honors Nipsey Hussle With a Tattoo: “When You See Me,... 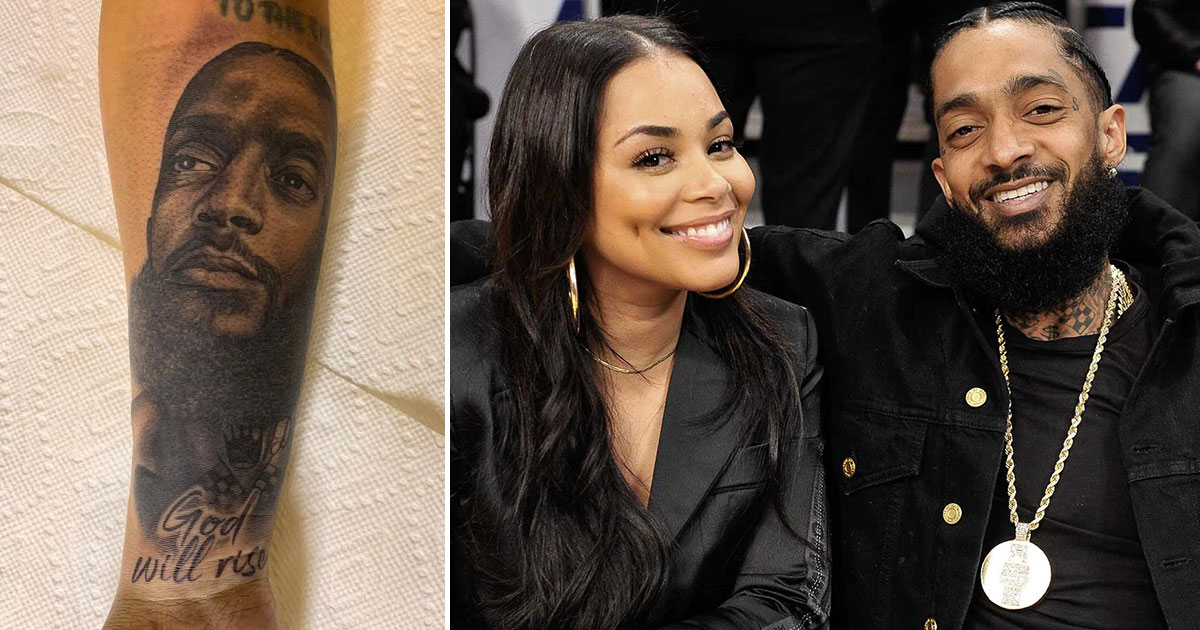 Lauren London is still grieving the loss of the love of her life, Nipsey Hussle, but she’s honoring him in a way to make sure that he is always with her.

“Real love never dies,” she captioned the post. “When you see me, you will always see him.”

London’s tattoo also includes a phrase that was featured on one of Hussle’s own tattoos: “God will rise.”

Nipsey Hussle, a Grammy-nominated artist, community activist, and philanthropist, was shot outside of his LA clothing store on March 31st. He and London had been dating since 2013 and share a 2-year-old son, Kross.

21,000 people gathered at the Staples Center on Thursday (Apr. 11) to celebrate Hussle’s life.

“I’ve never felt this type of pain before, but I know God is alive,” an emotional London told those also grieving. “My pain is for my 2-year-old son, who probably won’t remember how much his dad loved him.”

“My heart hears you,” she continued. “I feel you everywhere. I love you beyond this earth, and until we meet again, the marathon continues.”

London is not the only person to pay tribute to Hussle with a tattoo.

NBA player J.R. Smith and close friend The Game both got fresh tattoos to honor Hussle after his passing.