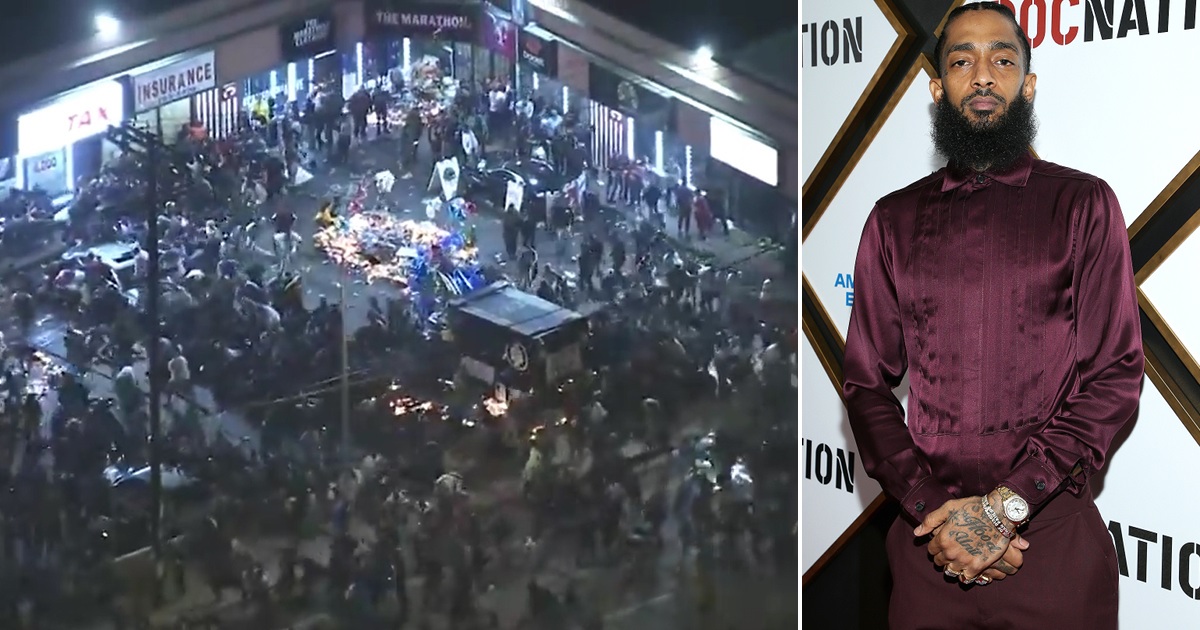 Just one day after Nipsey Hussle was gunned down outside his Los Angeles clothing store, an attempted murder occurred during a vigil for the slain rapper. The Los Angeles Police Department has been granted a search warrant for security footage they believe captured the vigil shooting.

Two people were shot during the vigil held last Monday (Apr. 1) for Hussle.

One of the victims was shot in the lower back/buttocks. She says she heard a “loud, rapid succession of gunshots from an unknown direction.” The second victim was shot in the elbow.

The LAPD requested surveillance footage that captured the shooting. According to an affidavit obtained by TMZ, “[there is a] surveillance system [that] captured the events leading up to, and after the attempted murder of unknown Victim.”

Authorities requested the search warrant from a judge after several businesses located in the strip mall where the vigil took place refused to give police access to their surveillance footage.

Even Hussle’s The Marathon clothing store failed to comply with the police’s initial request. The affidavit states:

“The Marathon store has been involved in numerous investigations where surveillance video has been deleted by staff/management, prior to police arrival.”

The alleged attempted murder at the vigil incited chaos among those mourning the unexpected loss of Hussle. Video footage shows the crowd panicking and fleeing after a gunfire-like noise.

19 people in total were injured during the stampede. Police initially stated there was no evidence of a shooting.

It’s still unclear how many shooters were involved in the alleged attempted murder.