GOSSIPONTHIS.COM TV NeNe Can Be Selfish & Petty, But She Was Right to Be... 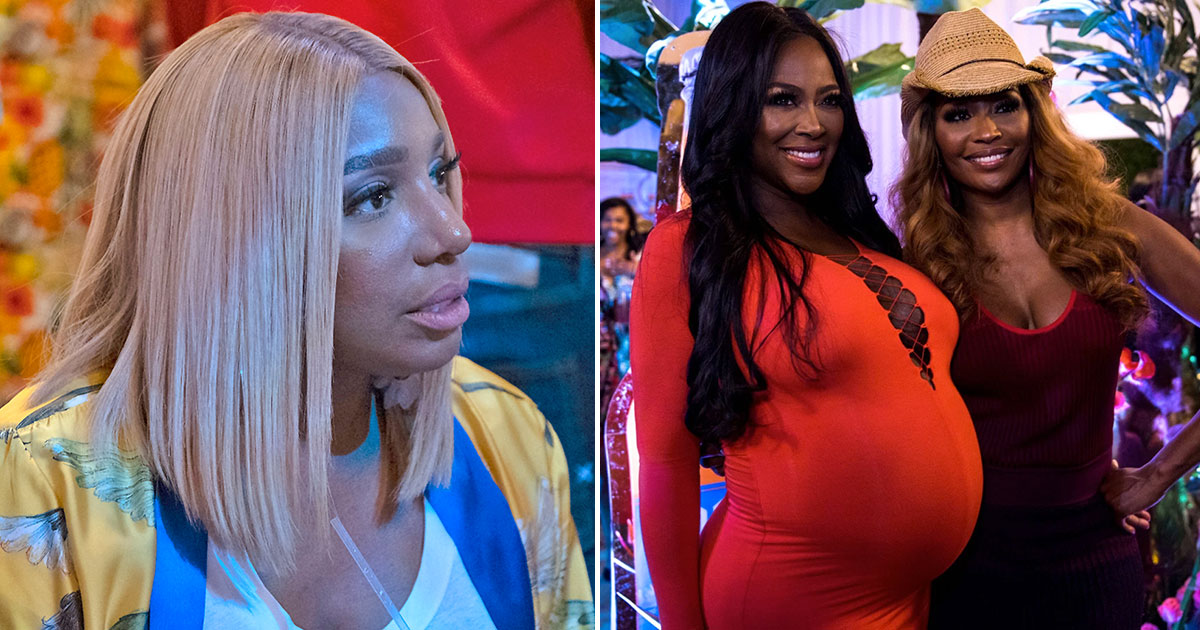 Let me get this out of the way: NeNe Leakes can be exhausting.

She is stuck in her immaturity, she refuses to hold herself accountable for her actions and she has a habit of making everyone else’s moments her own.

So when Cynthia says she’s exhausted from being NeNe’s friend, I can definitely understand where she’s coming from.

But that being said, if Cynthia Bailey was ever any kind of dear friend to NeNe, she would never have put her “sister” in the position that she did and she would have checked Kenya for the absolutely uncalled-for snubbing that she dished out to NeNe at her Seagram’s event.

When Kenya walked in the room, yes, NeNe did roll her eyes and mutter under her breath, but you could also tell she was waiting for Kenya to acknowledge her and greet her as she went around greeting everyone in the room.

But Kenya didn’t, and when NeNe realized Kenya was going to ignore her, it enraged her and you could see the bile build up inside of her.

And that’s precisely the reaction that Kenya wanted, which explains why she gave NeNe the silent treatment in the first place.

To date, NeNe says she doesn’t know why Kenya is mad at her, as she and Kenya were cool at the end of the season 10 reunion. Kenya claims there’s a good reason, but will only hint at “the tea” she has yet to spill about her beef with NeNe.

I hold all the real tea #RHOA https://t.co/DCJywXIb69

It’s Kenya’s prerogative to hold her cards until she returns to RHOA but if she wants to play that game, then Cynthia needs to ensure Kenya doesn’t hang her other friend, NeNe, out to dry with her aide.

Let’s put aside whether Cynthia should or shouldn’t have told NeNe that Kenya was going to be at the party.

What Cynthia SHOULD have done is told both NeNe and Kenya that they didn’t have to be friends but if they are in each other’s company at HER events, they need to keep it courteous and cool with one another and respect her, Cynthia, enough to NOT do things like greet. every. single. person. at. the. table. but. their. so-called. enemy!

But Cynthia isn’t going to check Kenya, even though, she checked everyone at her events last season, as the footage showed, where Cynthia warned the girls not to trash Kenya in her presence.

As for Cynthia’s claims that she didn’t know Kenya would be at the party, the tapes don’t lie.

In her interview with Kandi on her “Speak On It” show, Cynthia claims that she was drunk and doesn’t remember whispering in Mike’s ear that she was supposed to act like she didn’t know Kenya was coming to the party.

The fact that Cynthia wants to sit in our grown-ass faces and tell us she didn’t remember admitting to her lover that she was faking the funk—when the producers caught her on camera and on the mic—says a lot about her character and credibility.

NeNe has been caught lying in the past too, but it’s Cynthia’s turn in the hot seat so she’s gonna have to eat it this time.

Do I think this should end their friendship for good? Not necessarily, but I also can’t blame NeNe for side-eying shady-ass Cynthia.