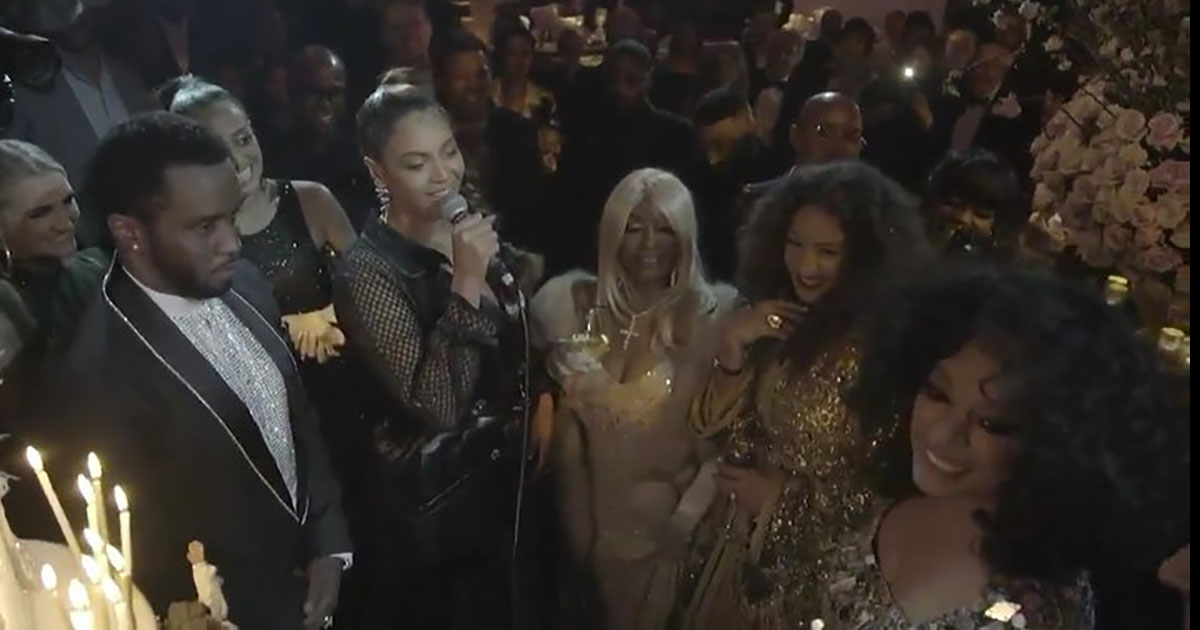 Diana Ross’ 75th birthday party was a star-studded affair, and the whole thing was topped off with an impromptu Beyoncé performance.

Surrounded by partygoers, Queen Bey serenaded Ross with a rendition of the “Happy Birthday” song during the music legend’s “Diamond Diana” celebration at the Warwick in Hollywood Tuesday night (Mar. 26).

Tracee Ellis Ross reportedly asked Bey to do the honors of singing “Happy Birthday” to her iconic mother.

“Wait, Beyoncé, are you still here?” Tracee asked. “Do you want to sing ‘Happy Birthday?’ Come on down.”

Despite there being a “no phones” policy, everyone pulled out their phones as soon as Beyoncé started singing.

Ross thanked the crowd after hugging Beyoncé. “Thank you all. I am so blessed to have so many people here to share this with me. I love you so much,” she said.

In addition to Beyoncé, a number of celebs were in attendance, including Bey’s own mother, Tina Knowles-Lawson, Diddy, French Montana, Berry Gordy (with whom Ross shares a daughter with), Robin Thicke, Khloe and Kourtney Kardashian, Angela Bassett, Gabrielle Union and more.

Earlier that night, Ross performed a sold-out show at the Hollywood Palladium and brought out Diddy and his three daughters, D’Lila Star, Jessie James, and Chance to join her for a performance of “Stop! In the Name of Love.”

“One of the best days of my life!!!” Puff tweeted. “My three Queens sharing the stage with the legendary and the beautiful @DianaRoss!!!!!!”

One of the best days of my life!!! My three Queens sharing the stage with the legendary and the beautiful @DianaRoss!!!!!!