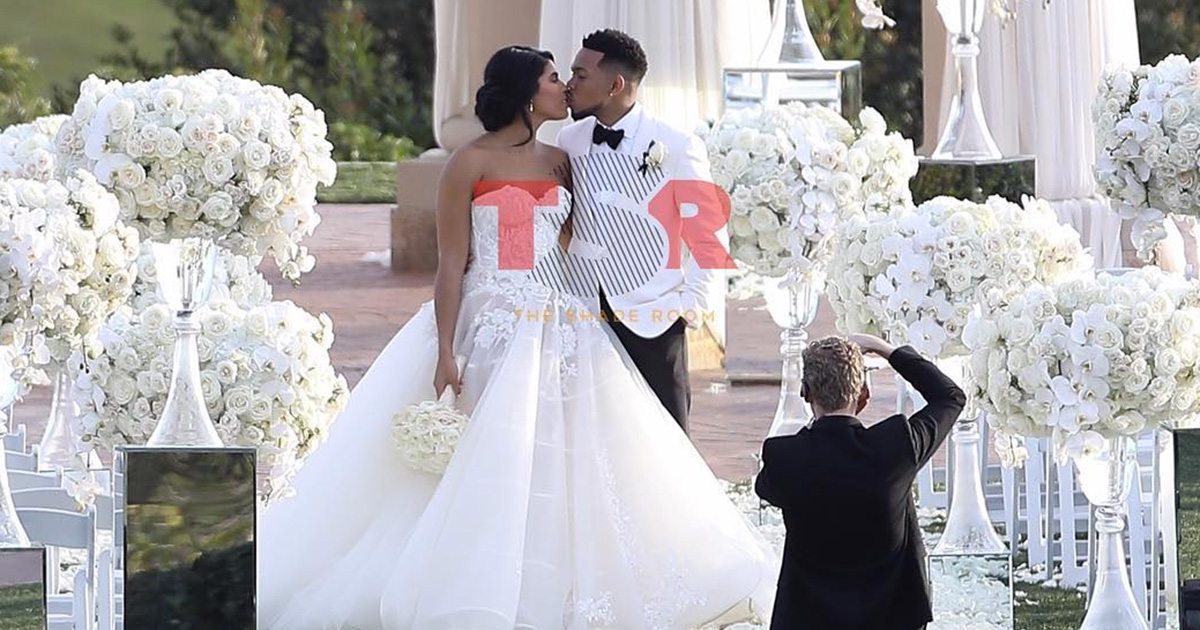 Chance the Rapper became Chance the Married Man over the weekend after he exchanged I Do’s with his longtime girlfriend and baby mama in a star-studded wedding ceremony.

The Chicago rapper tied the knot Saturday (Mar. 9) with Kristen Corley in a private ceremony at the Pelican Hill Resort in Newport Beach, California.

The Shade Room obtained exclusive photos from the outdoor wedding, which show Chance, wearing a white tux, and his beautiful bride surrounded by white roses. According to reports, about 150 people attended the ceremony, including celebs like Kanye West, Kim Kardashian and Dave Chappelle.

Chance and Kristen have reportedly known each other since they were both 9 years old and they share a 3-year-old daughter, Kensli, who was seen in one photo being held by her dad during the ceremony.

The couple got engaged in July 2018 and reportedly got legally married in December. The ceremony this weekend was just something they did for friends and family.

Congrats to Chance and Kristen!