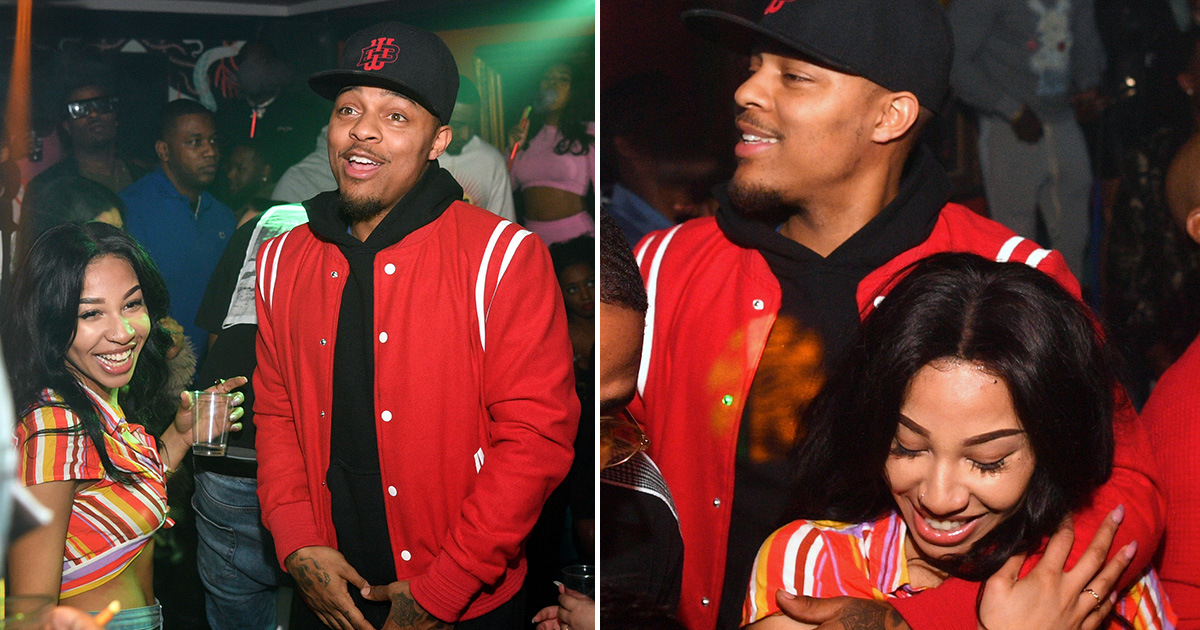 Is Bow Wow on the rebound from his relationship with Kiyomi Leslie?

The rapper was spotted out with a mystery girl at a party hosted by NBA star Lance Stephenson at Oak nightclub in Atlanta last Thursday night (Feb. 14), which just so happened to be Valentine’s Day. It isn’t clear whether Bow Wow and the young lady arrived at the club together or if she’s someone he met there, but one thing we do know is that Mr. Shad Moss is clearly interested in moving on to the next one. Bow and the mystery girl seem inseparable in the photos, as he clings to her and she holds on to his arm while dancing the night away and sipping on a bottle of Ciroc. Bow Wow’s outing with the new girl comes a little over a month after his explosive confrontation with his ex-girlfriend Kiyomi Leslie that put the both of them in an Atlanta jail during Super Bowl weekend.

Initial reports said the police couldn’t determine who the main aggressor was, so they locked them both up, however, Bow Wow’s war wounds are clearly visible in the mugshots that were released. Kiyomi (real name: Leslie Holden), meanwhile, appeared to be unscathed, however, she later said that sustained three broken ribs during the fight, and she told a 911 operator the rapper “was hitting me in places he said no one’s gonna believe.”

It’s a good thing Bow Wow is apparently moving on from Kiyomi Leslie, because regardless of who the aggressor in their big fight was, their relationship seemed hella toxic.

Check out more pics of Bow Wow and his new latest conquest below: