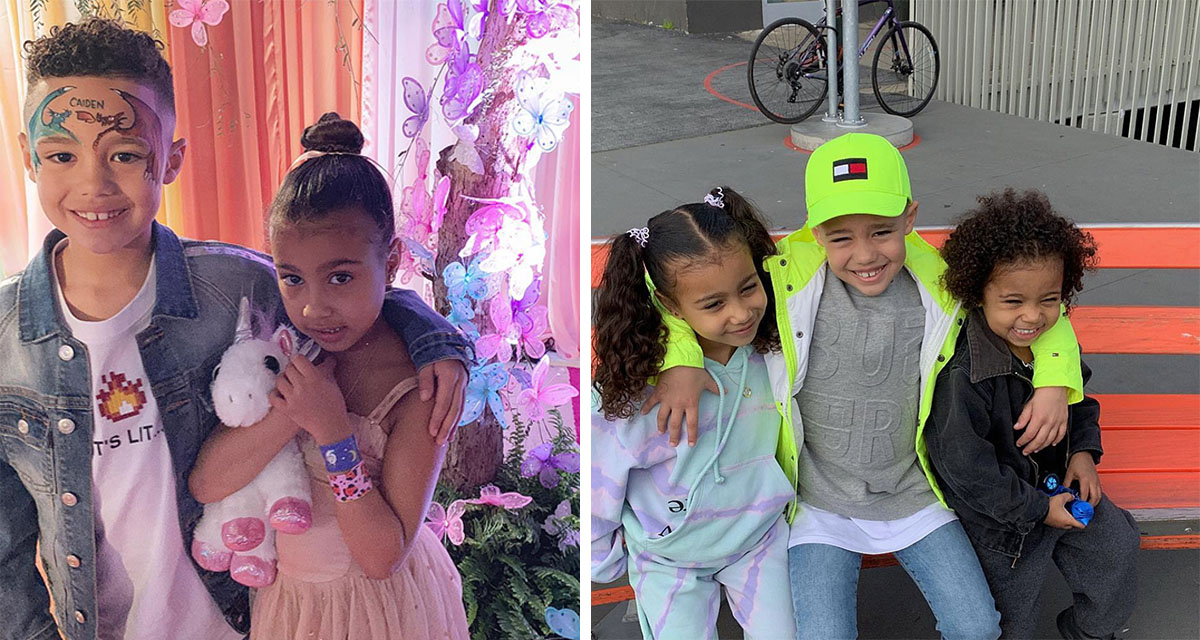 Kids have “crushes” in kindergarten and that’s fine, as usually there’s little meaning to that crush other than wanting to play together, or, at best, hold hands and let that person cut in front of you at the water fountain line.

And sometimes, parents joke about their friends’ kids being potential future mates for their kids, which is still kind of creepy but can be managed in a way that’s playful and moreso said in jest.

And then there’s Consequence, who you might remember most recently from a stint a few years back on Love & Hip Hop New York, but is most famously known as Kanye West’s ghostwriter/collaborator. Honestly, the title depends on whether the two are beefing or on speaking terms. Which, you never know where things will stand between the two at any given moment as their relationship has been a volatile roller coaster.

The good news is Ye and Consequence seem to have been on good terms more recently, and as a result, Consequence and his son, Caiden Mills, have been invited to hang around Ye and his family a lot more. Which is great! Friends reinforcing or reigniting bonds is beautiful. But the creepy part comes in the fact that Consequence is aggressively trying to push his son on us as a new Bow Wow, but we really don’t want it.

Last year, Caiden did a stunt YouTube video where he did his own take on Nicki Minaj’s “Barbie Dreamz” which is already a take on Biggie’s “Dreamz.” It was cute, and it did result in him meeting up with the Head Barb herself, but it also didn’t have record labels clamoring to sign him.

So now, Consequence’s new tactic appears to be the famewhore route.

Kanye and Kim’s daughter North West is being used by Consequence to play the part of Caiden’s girlfriend on an Instagram account that Caiden obviously isn’t managing himself. Whoever is behind the account, either Consequence himself or his baby mama Jen the Pen, needs to cut it out because these kids aren’t able to consent to these kinds of games being played with their names and their reputations.

The first North West shout-out on Caiden’s IG page started in mid-January as Caiden was “recording” an album. In the video and on the song, he says “Shout out to Northie, baby girl I’ll see you soon.”

Which, in all honesty, isn’t too bad. If we’d left it at that, there’d be no problem. However, the online courtship only ramped up from there and got even more aggressive and creepier.

On Feb. 6, the same line is repeated in a new IG post with Caiden looking tired and over the damn forced photo opp as he sits there with a green Tiffany bag between his legs. The implication, of course, being that he’s bought a Tiffany gift for his “baby girl” North.

If the implied message with the Tiffany bag was too subtle for you, ANOTHER post showing Caiden pretending to negotiate and buy said jewelry for North was posted as well.

Sir or Madam running this Instagram account, we know a 7-year-old ain’t buyin’ no damn Tiffany for a 5-year-old. What is you doing?

Things are chill for a few days, but the North West-Caiden Mills shipping initiative continues when Caiden shows up at a birthday party for North’s cousin Stormi (Kylie & Travis’ daughter) where he, of course, runs into North.

So I guess they’re committed now since they’re boo’d up? Yikes.

The next post from Caiden featuring Northy is normal, and it features her brother, Saint West, in it as well.

Ah. Playdates. That’s a perfectly logical thing to document and it doesn’t have the creepy sexualization vibe of all those other posts.

But wait, this kind of common sense is too good to be true because the creepy Prince Charming act is laid on thick again on Valentine’s Day when Caiden is holding a Tiffany once again and a box of chocolates, with the implication being that they’re for his “girlfriend,” North.

It’s gross and it’s unnecessary, and North West is nobody’s prize cow to give away to no damn body, and certainly least of all Consequence’s daggone son. (No offense, Caiden, but your daddy has a track record of leaving a sour taste in many people’s mouths).