GOSSIPONTHIS.COM Music Why Did the Grammys Cut Drake Off in the Middle of His... 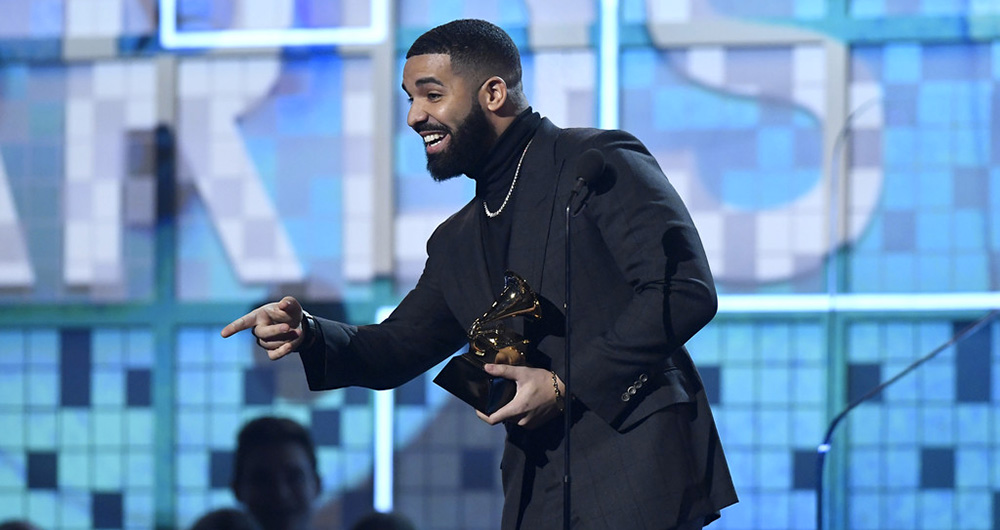 After winning the Grammy for Best Rap Song (for “God’s Plan”), Drake delivered an impassioned speech that was cut short by Grammy producers.

The Canadian rapper surprised the audience by appearing from under the stage to personally accept his fourth trophy. But instead of thanking his team and his family (like most artists do), Drizzy chose to use his moment to let everyone know that awards really aren’t all that important.

“This is like the first time in Grammys history where I actually am who I thought I was for a second, so I like that, that’s really nice,” he said. “I definitely did not think I was winning anything.”

He continued: “I wanna take this opportunity while I’m up here to just talk to all the kids that are watching this that are aspiring to do music, all my peers that make music from their heart, that do things pure and tell the truth. I wanna let you know that we play an opinion-based sport, not a factual-based sport. So it’s not the NBA where at the end of the year you’re holding a trophy because you made the right decisions or won the games.

“This is a business where sometimes it’s up to a bunch of people that might not understand what a mixed-race kid from Canada has to say, or a fly Spanish girl from New York, or anybody else, or a brother from Houston, my brother Travis [Scott]. But look, the point is you’ve already won if you have people who are singing your songs word for word, if you’re a hero in your hometown.

“if there [are] people who have regular jobs who are coming out in the rain, in the snow, spending their hard-earned money to buy tickets to come to your shows, you don’t need this right here, I promise you, you already won.”

After a brief pause, mid-sentence, the Grammys cut to a commercial, leaving many to assume that Drake’s mic was cut for throwing shade at the Recording Academy.

drake said Grammys ain’t shit and Grammys cut him off

Grammys had to cut Drake off after he started exposing the award shows ?? pic.twitter.com/QxroWefz1y

Grammys cut to commercial real quick on Drake. They like “You ain’t finna have people thinking they don’t need us bruh.” #GRAMMMYs pic.twitter.com/lo2MF5jSEa

Wait.. what was drake going to say?!.. I HAVE TO KNOW WHAT DRAKE WAS GOING TO SAY #GRAMMYs

According to Variety, when the Grammys cut Drake’s mic, “a groan in the media room could probably be heard all the way into the arena.”

Coming back to the press room after the segment, presenters Dan + Shay seemed unaware Drake had been cut short. Whether he knew or not, Drake wasn’t in a hurry to leave; he was seen later bopping to a performance by pal Travis Scott.

Drake after his speech was cut short? pic.twitter.com/Qed8B8unKc

After the show, a representative for the Grammys told Variety that producers didn’t cut Drake off on purpose, and they actually offered him to come back on stage to finish his speech, but he declined because he said he “didn’t have anything to add.”

“During Drake’s speech, there was a natural pause and at that moment the producers did assume that he was done and then cut to commercial,” the Grammys rep said. “However the producers did speak with Drake following his speech and did offer him to come back on stage to finish whatever his thoughts were. But Drake said he was happy with what he said and didn’t have anything to add.”