GOSSIPONTHIS.COM TV Did Lolo Jones Get Kicked Out of the “Celebrity Big Brother” House... 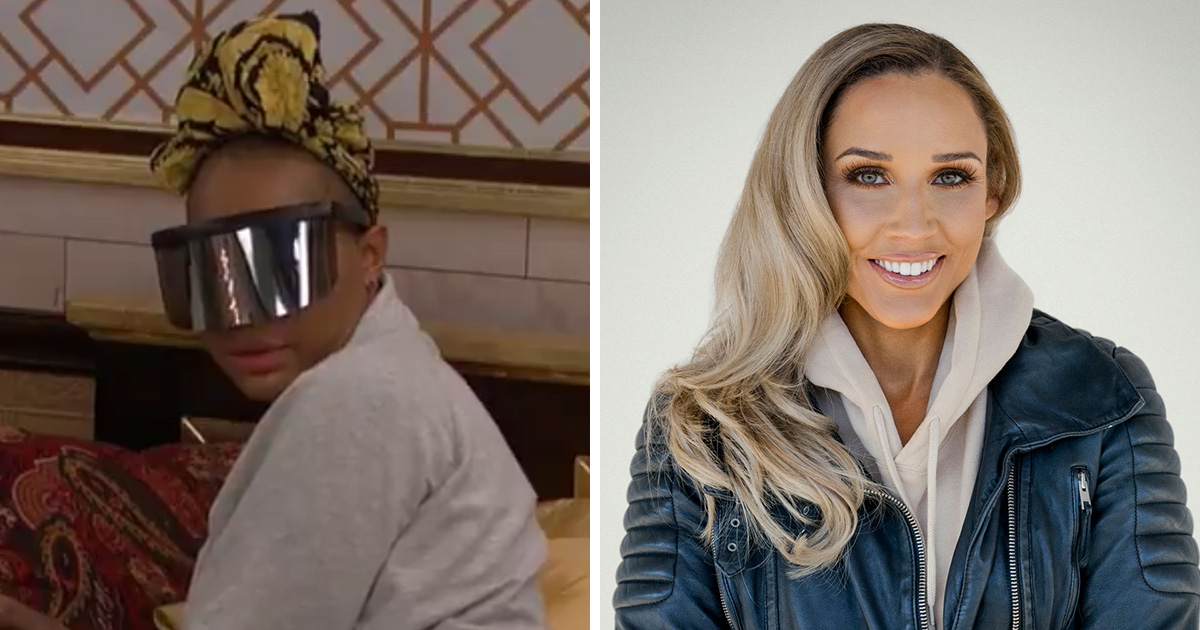 The word on the curb is that Lolo Jones was thrown out of the Celebrity Big Brother house after getting into a heated altercation with Tamar Braxton.

Anytime Tamar is involved in anything with other people, you can expect some type of drama to pop off. So when we heard that she was going to be on Celebrity Big Brother, we already knew something would go down between her and someone else at some point.

Tamar and Kandi is the feud I never knew I needed until now lol pic.twitter.com/EDiYq1vNrp

Not too long after getting into it with Kandi and eventually squashing their beef, Tamar reportedly got into a physical altercation with famed Olympian bobsledder Lolo Jones in which Jones is said to have slapped Braxton so hard that her glasses were knocked off her face. However, before viewers could see that, the live feed was cut off.

Celebrity Big Brother airs a live feed for subscribers, and on the feed, Tamar and Lolo can be seen having a discussion about drama within the house. The 41-year-old singer says: “Y’all are real funny.”

The 36-year-old Olympian responds: “I’m not real funny. Here’s the problem today, you want me to tell you what happened and then you snap off on me.”

Jones then jumped out of her bed and started shouting: “I’m gonna f**king start because you want to tell me … you asked me what the f**k and then you f**kin pop off. So why the f**k would I not get mad? You do this every motherf**king day. Like, don’t f**king start with me.”

The camera then shows Tamar following Lolo into another room, with Jones saying: “I’m f**king cool.”

“Last night we all f**king stayed up…to make sure you’re f**king cool. Every day you are popping off on us,” Jones says to Braxton who tells Jones to calm down, which pisses her off even more. “What you need to f**king do is calm down and stop f**king popping off on everybody,” she says.

When the two end up in the hallway, Braxton can be heard saying: “Next time somebody call me a bitch I’m just gonna start yanking.”

“Then do it,” Jones dares her.

“Then say it,” Braxton says as she stepped to Jones, and then the live feed cuts off.

Fans online claim that Jones slapped Braxton so hard that those big sunglasses she was wearing flew off, but there isn’t any video evidence to support those claims.

It’s also been rumored that Lolo Jones was kicked out of the house, but that hasn’t been confirmed.

See the tense exchange between Lolo Jones and Tamar Braxton below:

So THIS just happened. Lolo explodes with Tamar…BB cut to "BRB"

#LetsGetReadyToRumble RT @DukeTheBBDuck: Tamar vs. Lolo part 3. And THEY TURN OFF THE FEEDS AGAIN I SWEAR TO GOD IMMA BREAK IN THAT HOUSE TO WATCH THE FIGHT #CBBUS2 #BBLF pic.twitter.com/uM6VAccFwr