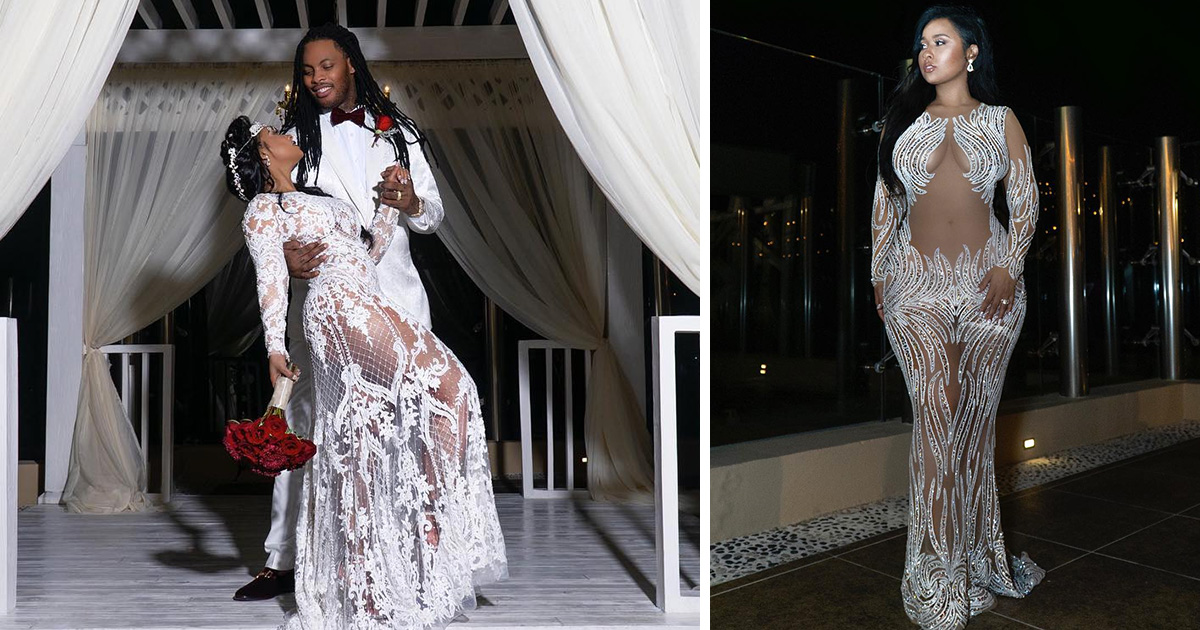 In honor of their fifth wedding anniversary, rapper Waka Flocka and his wife, Tammy Rivera, renewed their vows in a lavish ceremony in Mexico over the weekend.

Long ago, Waka and Tammy promised each other that if they made it to their 5-year wedding anniversary, they would renew their vows and have an extravagant beach wedding ceremony.

And this year, when the couple finally hit the milestone, they made good on their promise with a big wedding in Mexico. The ceremony was held on Saturday (Jan. 10), five years after they legally married without a ceremony in 2014.

“I told Waka that if we made it five years I wanted my dream wedding,” 32-year-old Rivera told People. “Today my dream has come true. I am marrying my best friend and soulmate all over again.”

She added: “When God made Waka, he wrote my name beside his.”

Flocka (real name: Juaquin Malphurs), also 32, told People: “Eight years ago I remember chasing Tammy down, grabbing her by the arm … I had to keep her purse so she wouldn’t leave me, and I knew then that she would forever be mine.”

He continued: “I never knew what love was until I met Tammy. Today I am giving her a dream wedding that she always wanted.”

Rivera looked beautiful in a stunning 2018 Zuhair Murad dress, which she paired with a custom 5-carat diamond ring and 3-carat wedding bands, according to People. Waka wore a classic white tuxedo for the nuptials.

Tammy and Waka both shared photos of their wedding with their followers on social media.

This vow renewal ceremony is a big deal to the Malphurs, because they almost didn’t make it to this point.

The couple separated nearly three years ago in June 2016 due to Flocka’s infidelity, but they were able to work things out and eventually worked things out while sharing their relationship story on Love & Hip Hop Atlanta. They’re also on the current season of WE TV’s Marriage Bootcamp.

Tammy told Essence in October 2017: “One thing I can say that’s hard about repairing a marriage when it’s been broken is the trust part. Being able to trust them because once you’ve faced infidelity, it’s hard. Having a positive mindset really helped me because if you think nothing but positive thoughts then that’s what’s going to happen. But he changed completely.”