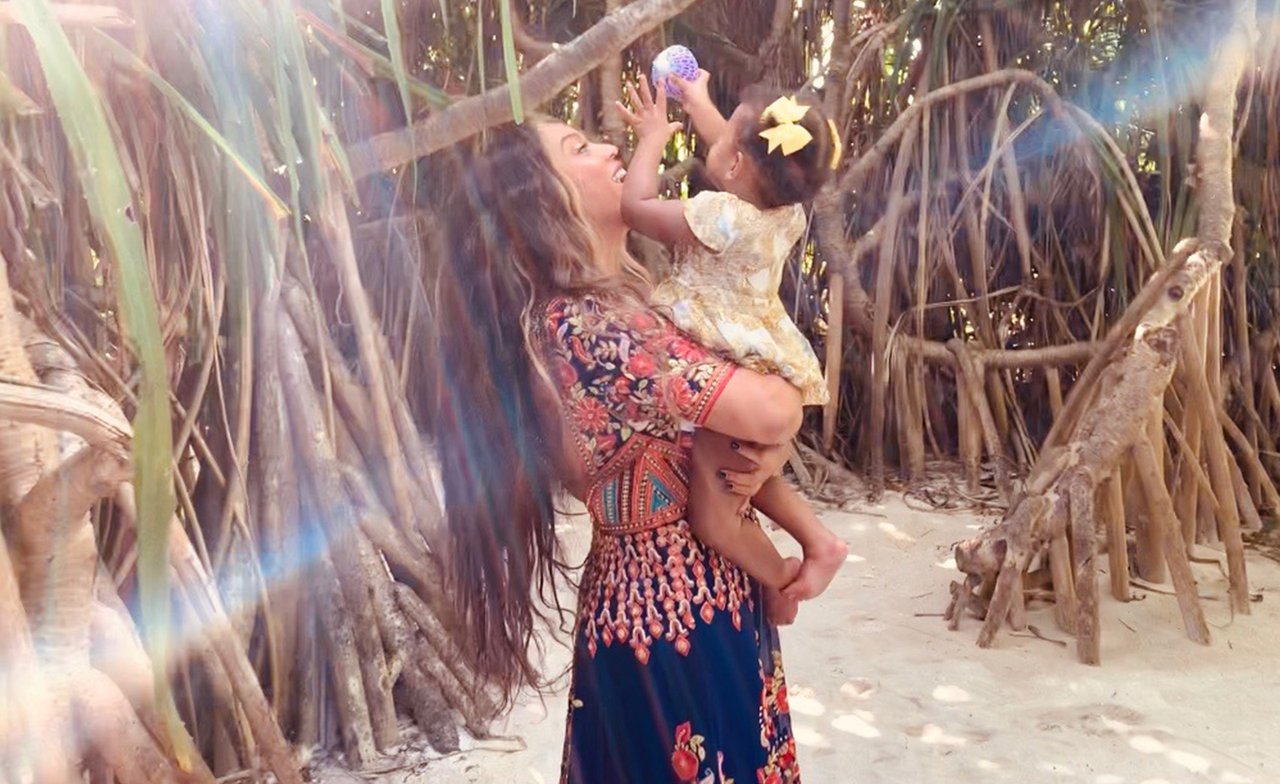 Beyoncé recently updated her website with a bunch of new photos and offered us a rare glimpse into her private life by sharing never before seen pics of her twin babies Rumi and Sir Carter.

Documenting her recent trip to India, where she performed at a lavish wedding for the daughter of a multi-billionaire, Queen Bey posted two new photos featuring Rumi and Sir.

In one of the photos (above), the 37-year-old pop icon can be seen standing on what looks like a secluded beach, smiling and lifting Rumi in the air as she plays with a seashell.

Another photo (below) shows both Rumi and Sir sitting on the edge of the beach facing away from the camera and looking toward a beautiful sunset.

Not featured in this latest photo update is Beyoncé and JAY-Z’s oldest child, daughter Blue Ivy, who will celebrate her 7th birthday a few weeks from now on January 7th.

Bey and Jay welcomed twins Rumi and Sir Carter about a year and a half ago in June 2017, and save for a few random photos here and there, we haven’t seen much of them since, so it’s always a special occasion when Bey shows off her babies.