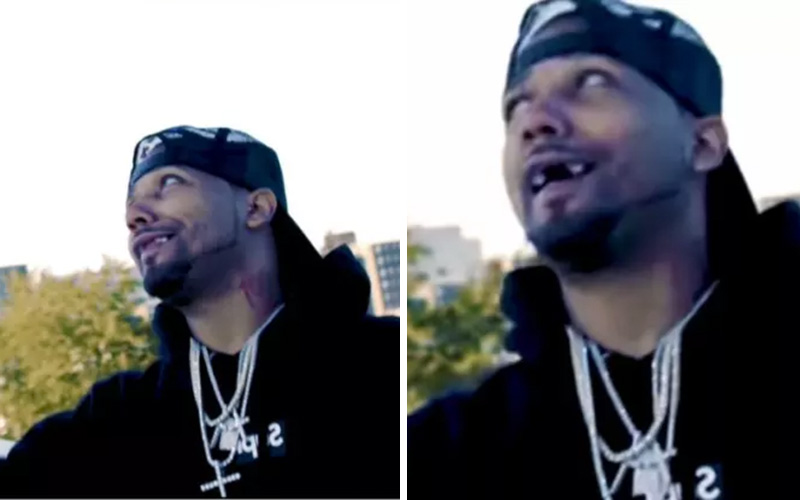 Juelz Santana made headlines over the weekend and became the butt of many jokes after a screengrab from Dispet’s “Sauce Boyz” video seemingly showed him with a row of missing top front teeth.

Twitter, of course, responded with a bunch of jokes, memes and questions:

That is not Juelz Santana?? pic.twitter.com/U9BBtsvH3m

Excuse me, Why are Juelz Santana’s teeth missing ????? pic.twitter.com/gKl6QZa57R

Juelz really out here rapping with no teeth lmaoo. pic.twitter.com/bF6BOGpSEj

Nigga said juelz santana is out of jail, but his teeth are still booked lmfaooooooo

How does Juelz Santana have no teeth?????? pic.twitter.com/Ozgzmwf6sD

because RT @_KimChanel_ Excuse me, Why are Juelz Santana’s teeth missing ????? pic.twitter.com/2Qq1bv9oQx

What happened to Juelz Santana’s teeth? I need answers yo pic.twitter.com/8NC9OSZNLE

The internet’s biggest troll, 50 Cent, even got in on the fun:

This isn’t the first time Juelz’s teeth (or lack of teeth) have been a topic of discussion either.

Last year, Dispet appeared on TRL with DC Young Fly, and viewers were concerned about the “Mic Check” rapper’s grill—most notably, his bottom teeth were gone, and you could clearly see it.

Well, after getting roasted for appearing to not have any top teeth in Dipset’s new “Sauce Boyz” video, Juelz Santana is finally setting the record straight.

He took to the ‘gram to post a selfie of him showing off his pearly white smile:

The photo’s original caption (according to The Shade Room) said “Good Photoshop But, Next…” but he later updated it to “Next…”

Whether he has veneers, implants or dentures remains to be seen… but Juelz wants everyone to know that he does have “teeth.”