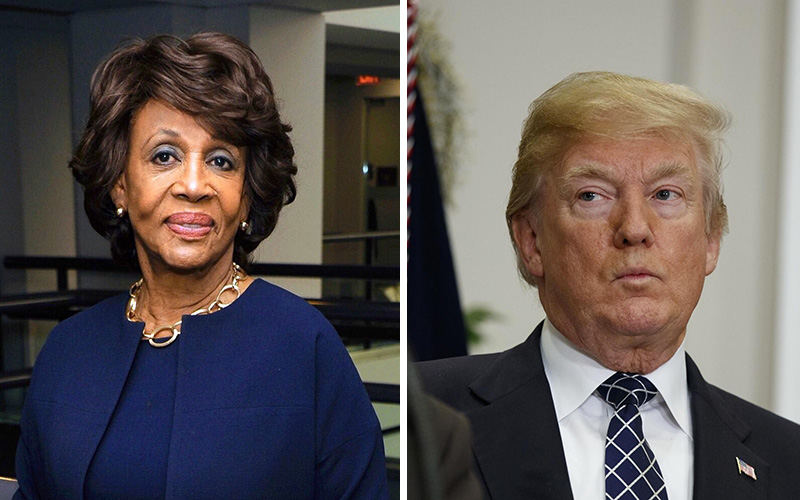 For the first time since being elected president in 2016, Donald Trump will be forced to work with a Congress that the Democrats control.

The Democrats won a majority in the U.S. House of Representatives on Tuesday’s mid-term elections, and now talk has switched to the actions the party could take against President Trump.

Not too long after that news was announced, posts quickly popped up on social media noting that one of Trump’s toughest critics—Democrat Maxine Waters—will likely be in charge of the House Financial Committee, which is probably one of Trump’s worst nightmares.

Why is this such a big deal, you ask? Well, whoever assumes the position of chair of the House Financial Services Committee would be able to subpoena Trump’s bank records, his tax returns and anything else related to his finances.

And if that person just so happens to be Auntie Maxine, then you better believe she’s going to use her power to do just that.

From the looks of it, Twitter seems to be pretty excited over the possibility of Ms. Waters making Trump do something he’s refused to do for YEARS:

Democrats get control of committees. Maxine Waters is now head of financial services and can subpoena Trump’s tax returns. pic.twitter.com/7M5n9Yn7S1

Remember when Trump said Maxine Waters has "low IQ"? Auntie Maxine will become the new chairwomen of the House Financial Services Committee. And she will subpoena Trump's tax returns.

Plot twist. Maxine Waters is now head of financial services and can subpoena Trump’s tax returns. Baby, let me stock up on some Lipton’s, because the tea is about to be scorching hot ??? pic.twitter.com/OcnRASct1Z

Maxine Waters on her way back to the House to snatch Trump’s tax returns. pic.twitter.com/NPtob5699i