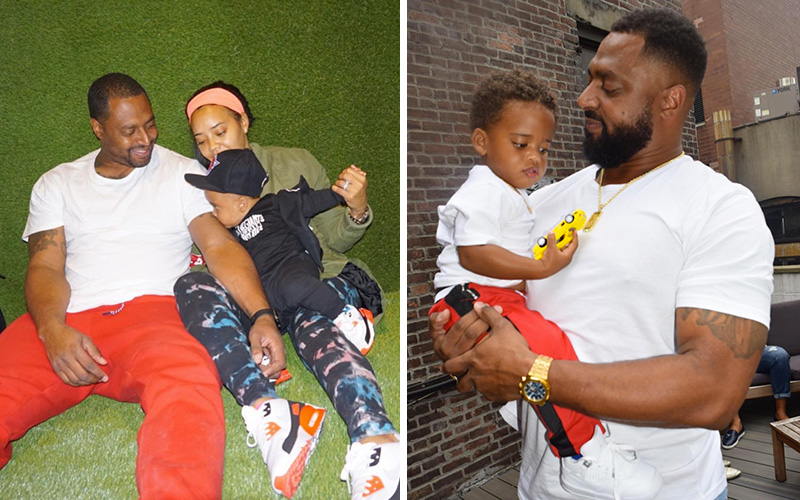 After the news broke of Angela Simmons’ ex-fiancé and baby daddy Sutton Tennyson being shot to death, the “Growing Up Hip Hop” star took to social media to share how heartbroken she was.

“Thank you for leaving behind my greatest gift,” she wrote on Instagram Sunday morning (Nov. 4) along with a few pictures of her, Sutton and their 2-year-old son. “I’m hurting. I’m numb. Thank you for the out pouring of love everyone. I can’t believe I’m even saying Rest In Peace Sutton. I promise to hold SJ down in every way I promise.”

Angela also shared a video of Sutton Jr. watching videos of him and his dad. “Reflecting. He keeps replaying it… RIP Sutton,” she wrote.

As we previously reported, Sutton Tennyson was shot and killed Saturday (Nov. 3) at his home in Atlanta. Police said they responded to a “shots fired” called just before 5 p.m. Saturday, and when they arrived at Tennyson’s home, they found him dead in the garage with multiple gunshot wounds.

Authorities said the shooting was the result of an argument between Tennyson and another man, and not a home invasion as previously reported by several media outlets.

Tennyson and the alleged shooter were having a conversation, and things escalated to the point where Sutton was shot several times. Police said the man who shot Tennyson fled the scene and no arrests have been made.

Angela and Sutton started dating in 2015 and welcomed their son, Sutton Jr., in September 2016. The pair were engaged at the time of Sutton Jr.’s birth, however, just a little over a year later, in December 2017, Angela confirmed that the engagement was off. 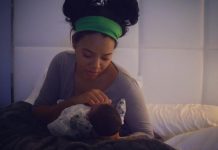