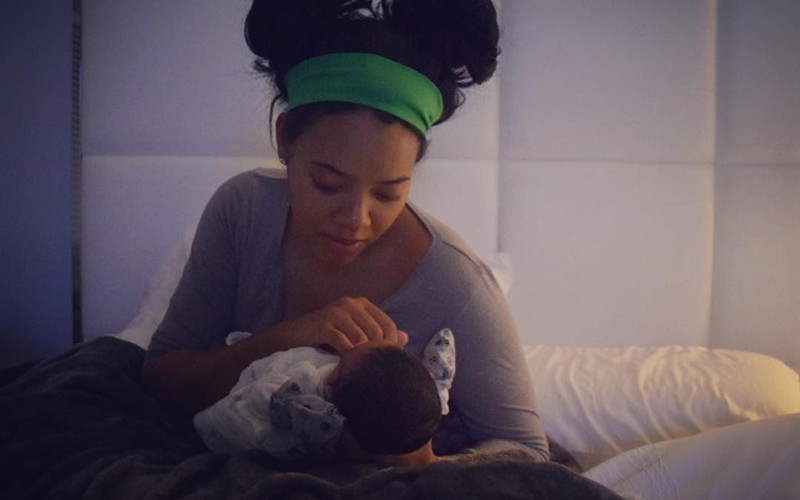 The 29-year-old made the wonderful announcement on her Instagram page. “The best part of life has just begun #Motherhood #ImSoInLove,” read the caption from the adorable photo of the new mom holding her newborn.

Simmons is a socialite and fashionista known for her appearances on the reality shows Run’s House and Growing Up Hip Hop. She first announced her pregnancy on Instagram back in May and revealed she was having a boy in June.

“We are overjoyed and super excited to receive a blessing this big! Starting a family was something that I could have only dreamed of,” she wrote at the time.

Simmons also announced her engagement to Atlanta-based businessman Sutton Tennyson earlier this year, however, their relationship was plagued with cheating rumors soon after they announced they were expecting a child.

In June, a woman claimed she was Tennyson’s side chick and came with receipts and all. Fameolous reported the woman had pictures, videos, and text messages proving the two having an affair behind Simmons’ back.

But you know what? Let’s not dwell on that drama. Let’s celebrate the fact that the engaged couple just welcomed a beautiful new life into the world. Hopefully, their relationship is stronger than ever as they begin this new journey of parenthood.