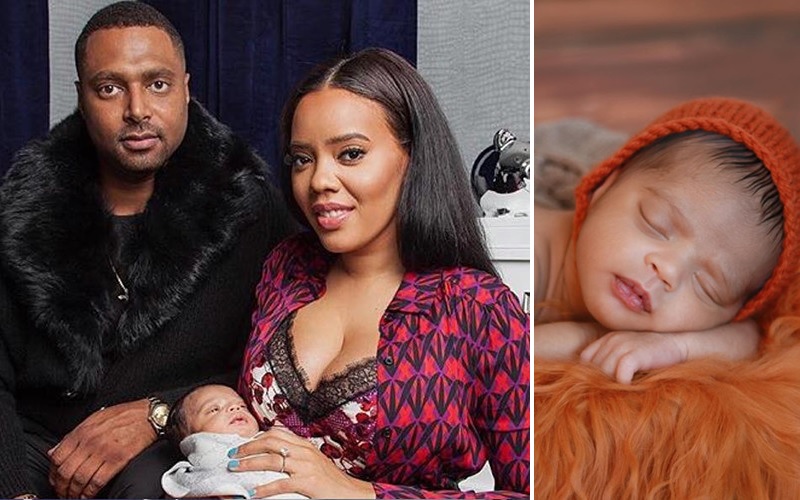 Well, this just might be the most adorable thing you’ll see all day. Three weeks after giving birth to her first child, Angela Simmons has debuted her baby boy to the world.

Rev Run’s daughter posted the cute photo of Sutton Joseph Tennyson on her Instagram page. “My favorite part of me,” she wrote.

Sutton Joseph was a few weeks earlier than his expected due date on born Sept. 29. Though she loves being a mom, Simmons tells People magazine she is still getting used to motherhood.

“He is a hungry boy. He’s up every few hours wanting to eat. It doesn’t leave a lot of time to close my eyes. But it’s all worth it… I’ve always wanted to be a mom so I’m loving every minute of it.”

However, being a mom hasn’t stopped Simmons from taking time for herself and staying healthy. Just two weeks after giving birth, she returned to the gym to get back into shape. “Light workouts approved by the DOC. #13DaysPostBaby #Day1Gym,” she wrote.

Life couldn’t get any better for Simmons and now that Sutton Joseph has made his debut, you can probably count on several adorable pics to put a smile on your face when needed.