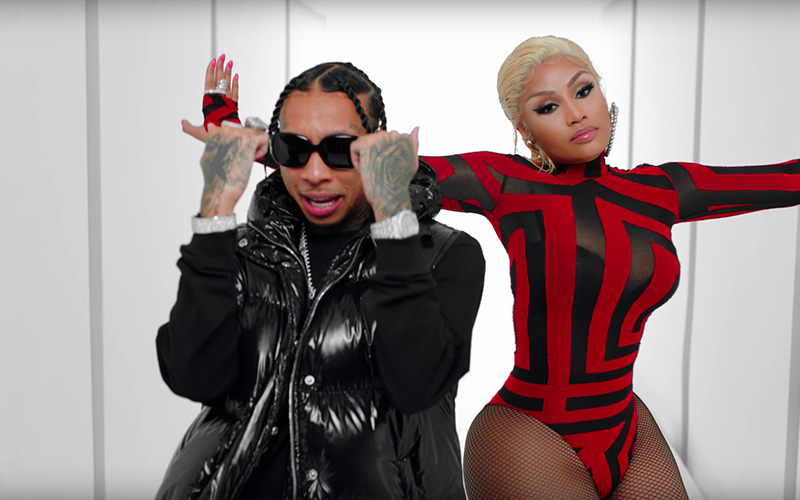 It’s been four years since Nicki Minaj and Tyga last collaborated on a track, and the former Young Money labelmates have finally reunited on a new song called “Dip.” The video for the song was released earlier this week on Monday (Oct. 29)

The song’s futuristic video—apparently inspired by Michael and Janet Jackson’s iconic “Scream”—was released on Monday (Oct. 29) and it sees Tyga and Nicki rapping against an all-white backdrop as floating black violins play themselves in the background.

Nicki praised Tyga’s talents during Monday’s episode of Queen Radio before dropping the single and its video.

“Tyga and I coordinated f***ing well for this video, you would think we put the looks together,” she said. “All we did was put the colors together. The video is clean and fly as f***. I’ve shot huge big-budget videos before that didn’t look like that. He’s extremely f***ing talented.”