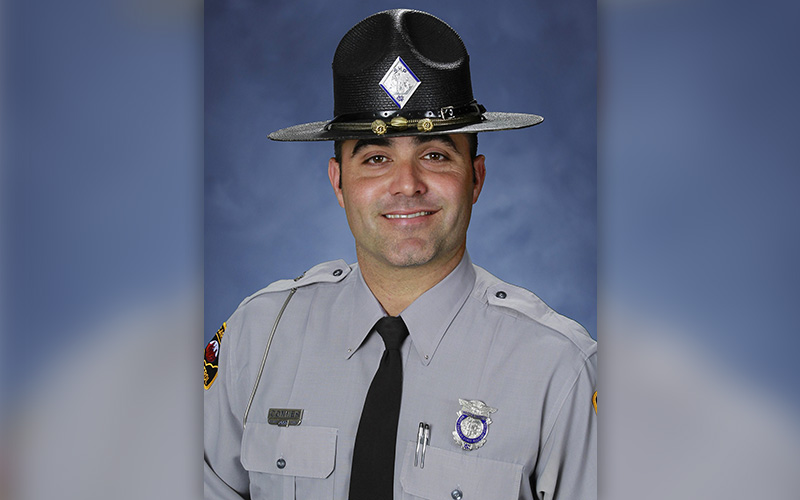 According to the North Carolina Department of Public Safety, the deadly confrontation unfolded just after midnight when Kevin Conner stopped a pickup truck for speeding in Columbus County.

When the driver pulled over to the shoulder of the road, Conner approached the vehicle, and the driver allegedly fired several shots, authorities.

The suspected shooter then drove away, authorities said, leading police on a car chase, but his pickup became stuck while trying to drive over a railroad crossing, so he fled on foot.

After an “extensive search,” the suspect was found in a wooded area and taken into custody without incident.

Conner was rushed to the hospital, where he was pronounced dead.

Conner was an 11-year veteran in Columbus County. In 2011, he extinguished a car fire while also tending to a driver involved in a head-on collision.

The department “will forever be changed by the tragic events,” McNeill Jr. said. “We ask everyone to please keep Trooper Conner’s family and all who knew him in your thoughts and prayers.”

The suspect’s name has not been released and charges are pending.