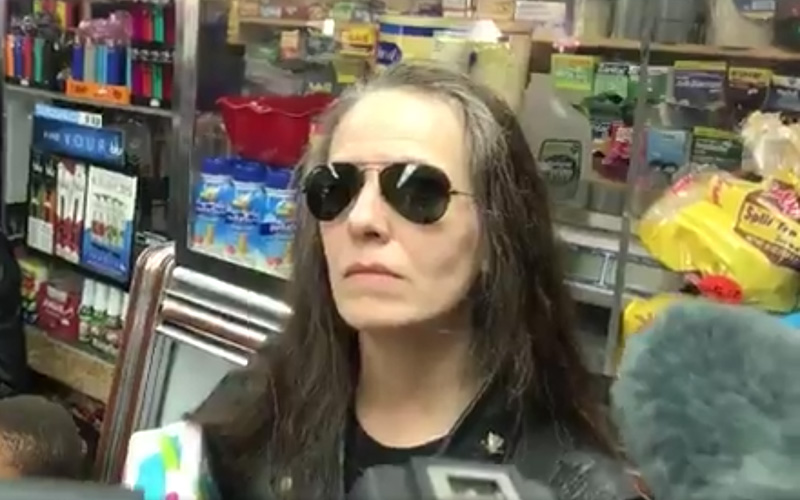 A white woman dubbed “Cornerstone Caroline” sparked outrage yesterday after a video showing her calling the police on a young black boy she falsely accused of sexually assaulting her in a Brooklyn store went viral. 53-year-old Teresa Sue Klein has since apologized for her lies.

The hella delayed apology from Klein came Friday (Oct. 12) after she watched surveillance footage from the Sahara Deli clearly showing the 9-year-old boy’s backpack brushing up against her as she was at the counter.

“I was wrong. The child accidentally brushed me,” she told News 12 Brooklyn, as laughter erupted from people in the deli who gathered to watch the footage with her. “Young man, I don’t know your name, but I’m sorry.”

Days after a white woman #cornerstorecaroline accused a black child of touching her, she returned to the deli where the incident happened to watch surveillance @news12bk #brooklyn #flatbush pic.twitter.com/52o3KGsNAY