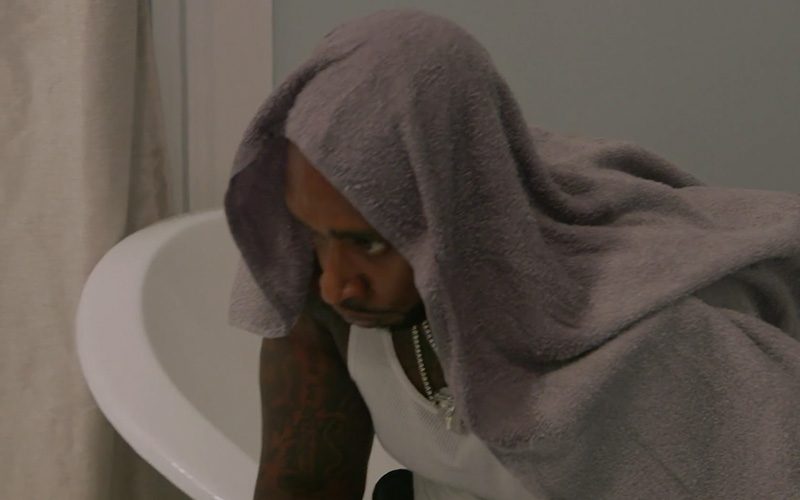 The cast of Black Ink Crew is LIVID after witnessing Sky get punched in the face by newcomer Herb. And it appears as though Ceaser, Walt, and Ted want ALL THE SMOKE and are ready for round 2 … even though they already gave Herb the bidness in round 1!

“MY SISTER BLEEDING!” Ceaser shouts, as Sky runs outside with two bottles in her hands asking “Where he at?!” Meanwhile, Walt is outside shirtless yelling “THAT N***A PUNCHED MY SISTER IN THE FACE!”

Because production won’t let anyone throw any more hands, the cast retreats back into their Airbnb so they can calm down and so that no one ends up in handcuffs.

I think we can all agree on one thing: Black Ink Crew New York is a REAL family, and they will ride for theirs no matter what.