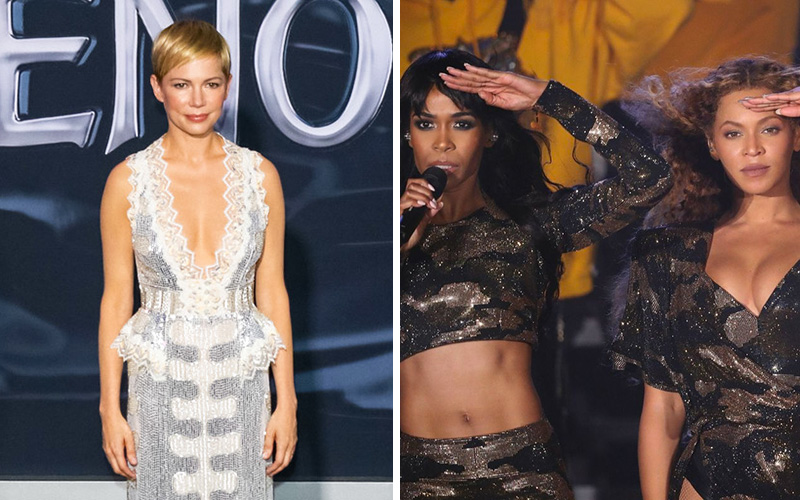 There are two famous Michelle Williamses. One is an actress who has a daughter with late actor Heath Ledger, and the other is a Destiny’s Child singer who always seems to get the shortest end of the stick.

Googled the original 5 members of Destiny’s Child and the disrespect of Michelle Williams continues on into 2018 pic.twitter.com/aPBrSY0b0o

Asked what it felt like being a part of Google’s version of Destiny’s Child, Michelle Williams the actress said she was honored, and would definitely bring it up whenever she gets the chance to meet Beyoncé.

“It gets me one step closer to Beyoncé, so I’m pretty good with it,” Williams told HuffPost. “Now I’ll have an ice breaker if I ever get to meet Beyoncé. I’ll talk to her about the old days of Destiny’s Child. So thank you because I’ll obviously be tongue-tied if and when that ever happens, and now I’ll know exactly what to say.”

Michelle Williams (the actress) stars in the latest Marvel film “Venom,” which was released in theaters this past weekend.