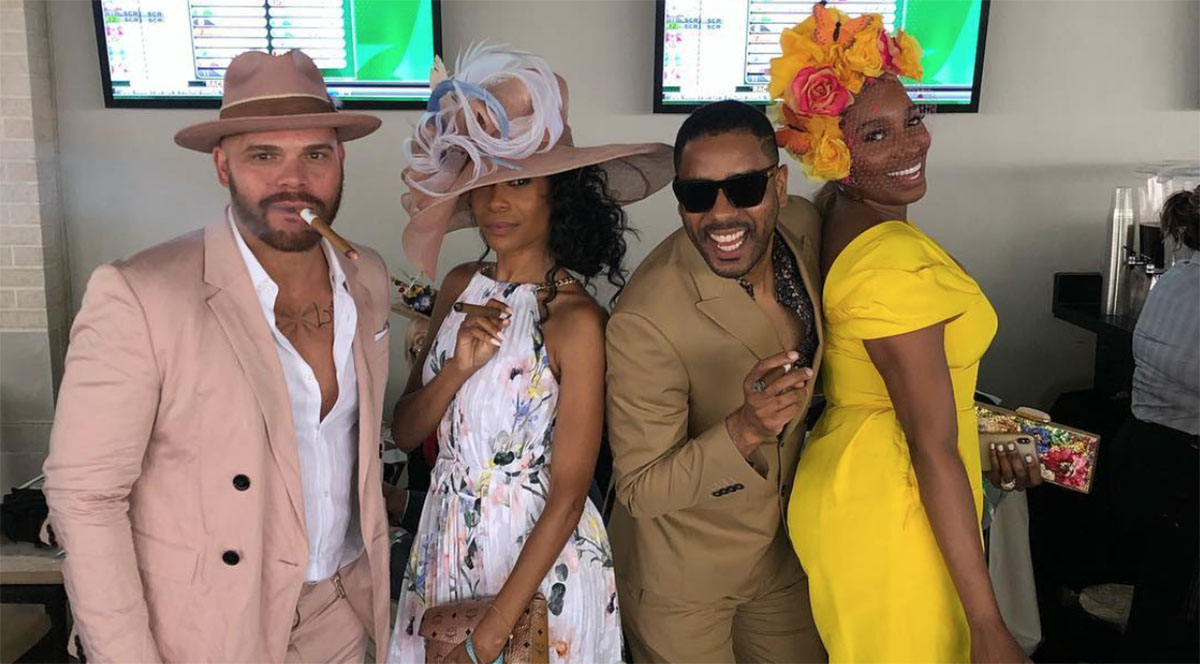 For those of you who tuned into the utter debacle that was Michelle Williams of Destiny’s Child’s reality TV series, Chad Loves Michelle, then you know that things between Michelle and her then-fiancé, Chad Johnson, ended on a sour note when Michelle and Chad called off their engagement.

She elaborated further on her newfound single status with a post on Instagram Stories confirming her split back then:

“I still remain fearless. I guess I still remain single. Things didn’t work out. The healing that needs to take place is a must! I don’t wanna destroy another relationship. Blessings to him, his family and ministry. #FEARLESS”

Michelle also went dark for a while on Instagram entirely while she sorted through her emotions. She recently re-emerged on the platform and it looks like she didn’t return alone.

Although there was no formal announcement that she and Chad had resumed their relationship, she popped up at the Kentucky Derby and appeared to be yucking it up in photos with her ol’ boo thang alongside the likes of NeNe Leakes.

Arrell BJ Coleman, a notable publicist in the entertainment industry, posted an Instagram slideshow that featured the rekindled couple:

While Michelle posted several photos of herself at the Derby, she didn’t post any with Chad:

Chad followed suit and he showed off his fly Derby threads:

So perhaps avoiding posting photos of them as a couple on IG is their way of taking it slow? Well, I wish them the best and maybe this is a sign that season 2 of Chad Loves Michelle might happen after all?