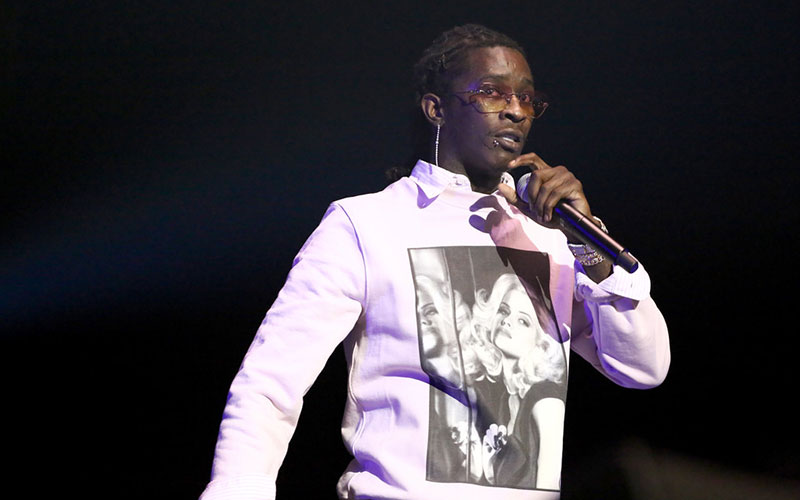 Young Thug’s “On The Rvn” EP is finally here! As promised, the rapper has blessed his fans with the release of a new project, just a little over a month after releasing Slime Language.

On The Rvn was originally set to be released on September 11th, but that ended up being the day he turned himself in to DeKalb County police in Georgia after they put out an arrest warrant for him related to his indictment on 8 felony drug charges stemming from his September 2017 arrest when he was caught with a medley of drugs in possession. He was released from jail two days later after a judge approved his bail. Thug teased the EP’s official release late Sunday on Instagram with the caption “#OnTheRvn midnight” accompanied by a trailer showing what he’s been going through over the past few weeks.

On The Rvn arrived at midnight on Monday (Sep. 24), and as previously reported, the project features guest appearances from Elton John, Jaden Smith and 6lack. Young Thug apparently opted to keep things brief with this EP, as it only has a total of six tracks.

On The Rvn is available via all popular music streaming platforms, including Apple Music, Spotify and TIDAL.

Stream the new project below: