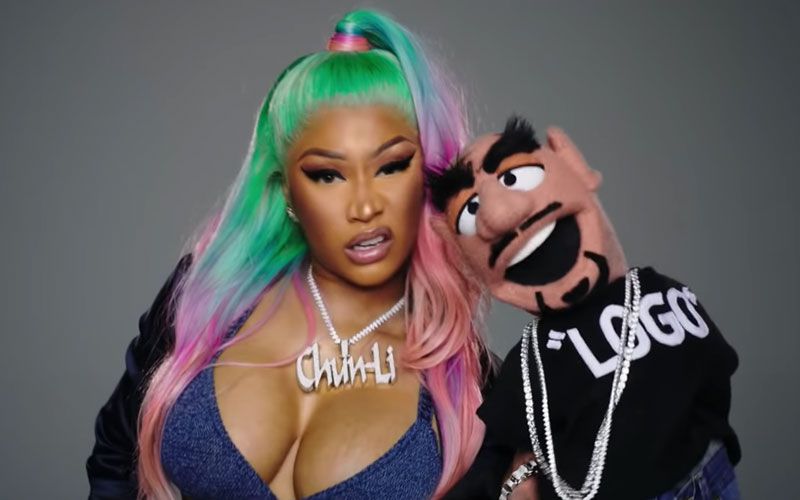 Just days after her highly publicized altercation with Cardi B, Nicki Minaj comes through with the release of the official music video for “Barbie Dreams,” the latest single from her Queen album.

Directed by Hype Williams, the colorful visual finds Nicki in an array sexy outfits, while puppets play the roles of some of the many rappers she name drops throughout the record, including Lil Wayne, DJ Khaled, Meek Mill, Tekashi 6ix9ine and more.

The standout track from Minaj’s latest album was inspired by Biggie’s Ready to Die class “Just Playing (Dreams),” and Nicki has made it clear that it’s not meant to be a diss track.

“I only mentioned people in #BarbieDreams that I fuk wit. This isn’t a diss,” she tweeted the day Queen dropped. “Yikes. This is culture, this is BIGGIE!!!!! New York!!!! This is FUN. Light hearted fun FUN.”

I only mentioned people in #BarbieDreams that I fuk wit. This isn’t a diss. Yikes. This is culture, this is BIGGIE!!!!! New York!!!! This is FUN. Light hearted fun FUN

The “Barbie Dreams” video follows visuals for “Chun-Li,” “Barbie Tingz,” “Bed” and “Ganga Burn” from Nicki’s album Queen, which debuted at No. 2 on the Billboard 200.