GOSSIPONTHIS.COM Celebs Wayment. Did Mary J. Blige and Faith Evans Get Into a Fight... 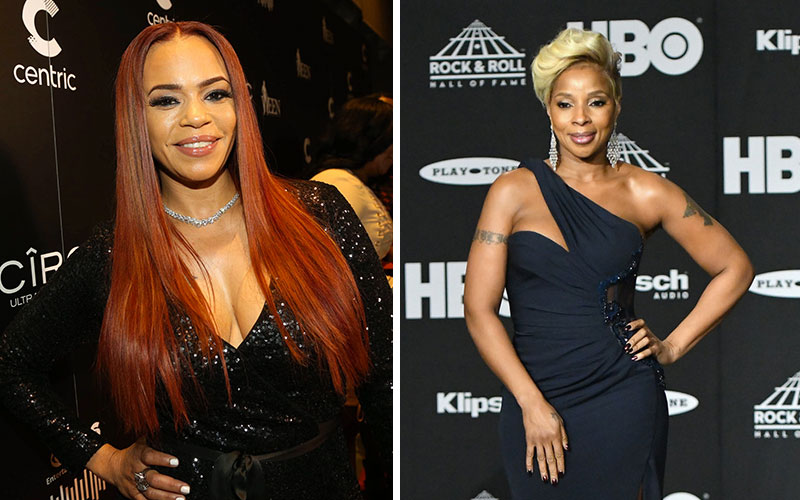 UPDATE: No, Faith Evans & Mary J. Blige Did NOT Fight at a Party Hosted by Diddy in the Hamptons

While we’re all still reeling over the fact that Cardi B and Nicki Minaj almost came to blows at a New York Fashion Week event, which culminated in Cardi throwing a shoe at Nicki and walking away with a knot on her forehead after allegedly getting elbowed by Nicki’s security, comes news of another big brawl Friday night (Sep. 7).

According to an unconfirmed internet rumor, our favorite R&B aunties, Mary J. Blige and Faith Evans, got into a fight of their own, and it all allegedly went down at a party hosted by Diddy in the Hamptons.

No credible news sites have reported on the alleged incident, and no one from the party has come forward to confirm or deny the rumor.

We also have no idea where this rumor started from and why Faith Evans and Mary J. Blige would be fighting in 2018 in the first place. But none of that is stopping folks from talking about it on Twitter. So much so that “Mary J,” Faith Evans” and “Mary and Faith” are currently trending! so…y’all are telling me Mary J. Blige and Faith Evans fought at Diddys party in the HAMPTONS? And then Nicki and Cardi got into it at a NYFW party? pic.twitter.com/CcE6I4rs4O

Mary J. Blige and Faith Evans were fighting at Diddy's party in the Hamptons? WHEWWWWWWWWW!!! Black Hollywood is spicy tonight.

Cardi B going at it with Nicki's people, Mary J and Faith Evans fighting at the Hamptons?? Alexa, play Knuck if you buck #FightNight pic.twitter.com/R2jpGSrbgJ

Bitch nick and cardi fighting and now y’all telling me Mary j blige out here throwing hands too tf is going on pic.twitter.com/lVZcLCDrf6

I just want y’all to know I would prefer a hd video of Mary and Faith fighting rather than a Nicki and Cardi video pic.twitter.com/JzTouzQ6Yx

this how mary j blidge rolled up on faith evans pic.twitter.com/kr1Ieu1onV

Everybody worried about Cardi and Nicki, but my old ass is more interested in the Mary and Faith fight. That’s the one right there. Shit been brewing for years…

Nahhhh i wanna see footage of Mary and faith pic.twitter.com/x9Xe8noJPs

Again, we have no idea how credible this story is, because, at this point, it is simply a rumor that has taken a life of its own on Twitter. Most tweets are people simply asking whether a fight even happened between Mary J. Blige and Faith Evans.

We’ll keep you posted on any updates about this rumor.