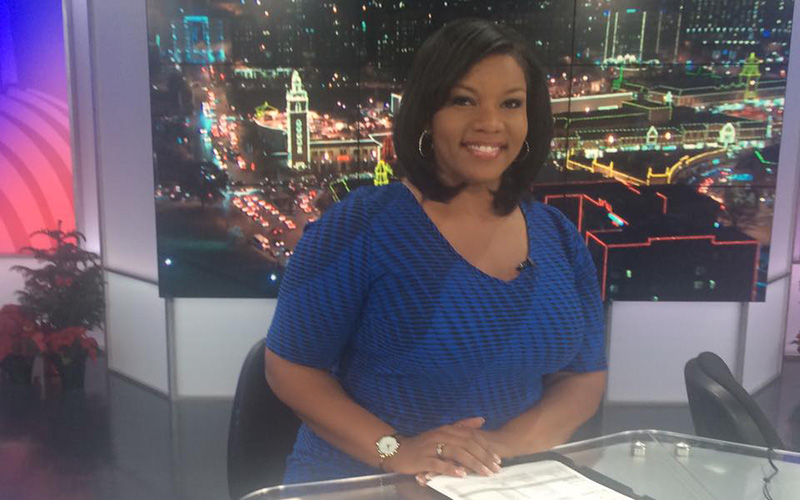 Lisa Benson Cooper—a black, award-winning broadcast journalist in Kansas City, Missouri—was fired after 14 years with the same company after she shared an article to her personal Facebook page that offended her white co-workers.

The article, titled “How White Women Use Strategic Tears to Silence Women of Color,” is about how black women are often mistreated in the workplace, but are afraid to speak up because white women too often accuse them of being combative.

When Lisa shared the article to her personal Facebook page, two of her white co-workers thought it was problematic and took action, which eventually led to her getting fired.

1Lisa Benson Cooper was fired after she shared a “controversial article” on her personal Facebook page about white women using their tears as weapons.

On May 9th, Lisa shared this piece this I wrote for The Guardian, about a common but only recently voiced phenomenon where WoC who raise issues about race & their mistreatment esp. at work are punished by white women who claim the WoC is "attacking" them. https://t.co/D8VYhX68lW

Lisa Benson Cooper shared an article from May 2018 written by Ruby Hamad titled “How White Women Use Strategic Tears to Silence Women of Color.”

Ironically, Cooper sharing the article prompted a flood of white tears that carried two women to HR resulting in her getting fired from her job after more than a decade of working there.

When Ruby found out that Lisa’s sharing of her article caused her to lose her job for allegedly making “unfair characterizations about white women,” she decided to use her platform to help bring Lisa justice and bring awareness to the issue at hand.

“Just to cap off a great weekend, I have just been informed a WoC got fired for sharing my white tears article,” Hamad tweeted on Sunday, August 19th. “So there you go.”

Just to cap off a great weekend, I have just been informed a WoC got fired for sharing my white tears article. So there you go.

The next day, Hamad tweeted:

“I’ve been feeling sick about it all day. I’m not sure yet the best way to respond but I will out the employer and try to crowdfund her legal costs as soon as she gives me the okay … Let me recap: two white women got a black woman fired from her journalism job she had for 14 years because she shared my article about how white women claim victimhood to silence women of colour. They won’t get away with it … I’m crap at fighting for myself but I can still fight for others.”

I’ve been feeling sick about it all day. I’m not sure yet the best way to respond but I will out the employer and try to crowdfund her legal costs as soon as she gives me the okay.

Let me recap: two white women got a black woman fired from her journalism job she had for 14 years because she shared my article about how white women claim victimhood to silence women of colour. They won’t get away with it.

I’m crap at fighting for myself but I can still fight for others. ??

2Lisa filed a lawsuit against KSHB-TV in December 2016 for racial discrimination.

Lisa Benson Cooper has worked as a broadcast journalist at KSHB-TV in Kanas City, Missouri for nearly 14 years.

She filed a lawsuit against the news station’s parent company in December 2016, alleging that she’d been discriminated against multiple times because of her race. In her lawsuit, Benson stated that her race was “constantly used” as a deciding factor as to what she would cover as a reporter.

Her lawsuit claimed that she was “consistently” being sent to urban areas for all of her stories. She even recalled being forced to cover a story that required her to go to the home of a Ku Klux Klan member for an interview.

According to the Kansas City Star, a trial was scheduled for August 13th. Benson’s suit seeks an unspecified amount in actual and punitive damages.

3Ms. Benson Cooper was suspended without pay in 2015 for “combative behavior.”

Lisa Benson Cooper being fired from her job at KSHB-TV in Kanas City, Missouri (where she had worked for nearly 14 years) was not the first time she’s been punished by her superiors for seemingly no reason at all.

Since being hired in 2004, Lisa actively pursued promotions within the news station, but claimed they were “consistently rewarded to white employees with far less experience.”

In 2015, after voicing concerns about the way she was being treated and asking her supervisor why she hadn’t seen the promotions that others had, she was told her behavior was “combative” and her co-workers accused her of fighting with her supervisor. She was subsequently suspended without pay for two days.

Another black reporter by the name of Demetrice “Dee” Jackson, who also works for KSHB-TV filed a racial discrimination lawsuit as well, claiming that he was twice passed over for the position of sports director after management led him to believe he would get the position.

“We stand by our commitment to diversity and inclusion in our workplace,” said KSHB news director Carrie Hofmann.

4Lisa is an Emmy Award-winning journalist with over 20 years worth of experience.

Lisa Benson Cooper won an Emmy Award for her journalism and lists her reporting on Barack Obama’s inauguration among her most treasured work.

Lisa Benson Cooper is a broadcast journalist in Kansas City Missouri. Going by Lisa Benson on air, she has more than 20 years experience. She has won an Emmy-award for her journalism. She is a 42 year old married African-American woman with 2 children, a 5 yr old and a 2 yr old.

When she announced her departure from KSHB this past June, she wrote on her Facebook page: “From covering the inauguration of President Barack Obama to becoming an Emmy award-winning journalist, I will forever cherish my work here in Kansas City!”

She continued: “I’m not sure what’s next for me careerwise, but I’m excited about spending more time with my family, especially my two little boys! Thanks again for your support and let’s keep in touch as I navigate my next chapter!”

I'm no longer a reporter at @41actionnews but I'm still a member of this great city, @KCMO!! Thanks @MOREsquared for a great night! #equity #InclusionMatters #CriminalJusticeReform pic.twitter.com/pu96y5jG0O

5Lisa’s lawyer is working to prove that she was unfairly dismissed, her sharing the article wasn’t discriminatory, and the conversation the article presents is a point of discussion in many other mainstream and academic platforms.

Please share this thread and tag anyone you think can help bring attention to this. Lisa says she wants people to "know this truth about a company they're entrusting to represent them and their community." #Justice4Lisa

Lisa Benson Cooper’s lawyer is working hard to prove to the court that Lisa was not being discriminatory or offensive when she shared Ruby Hamad’s article, and the points within the article are being discussed all over the world on many platforms.

Lisa’s lawyer also hopes that the court understands that Lisa was unfairly dismissed from her job.

Hamad has called on her readers and social media followers to support Lisa and help bring her to justice by spreading the word of Lisa’s mistreatment while at KSHB.

Hamad is also encouraging her supporters to stand up against any discrimination they might face at work or anywhere else.

On August 22nd, Benson wrote on Facebook: “I hate that sharing The Guardian article cost me my career at 41 Action News – KSHB-TV in Kansas City, Missouri, a city that I love. But I think Ruby Hamad’s article provides an interesting basis for discussion and dialogue.
We should all be willing to talk to one another, right? Thanks for the support guys! I truly appreciate it.”