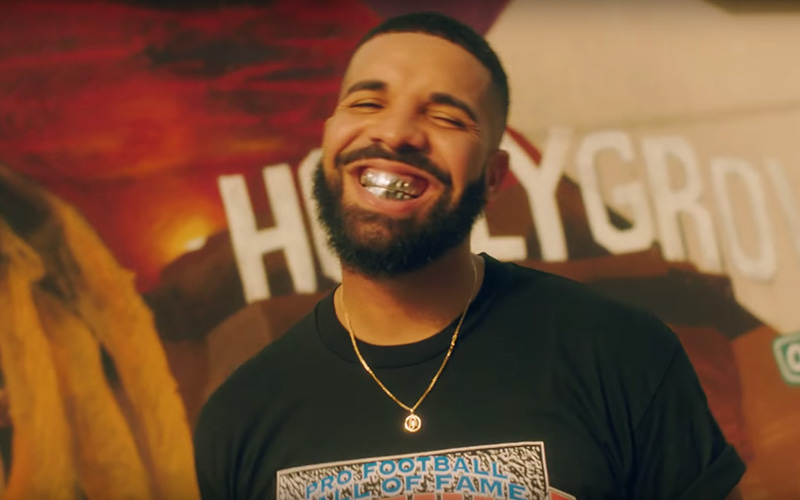 Drake has finally released the highly anticipated video for Scorpion’s biggest single “In My Feelings,” the fifth single from the album following “God’s Plan,” “Nice For What,” “I’m Upset” and “Don’t Matter to Me.”

The visual begins with Drake, with a gold grill in his mouth, standing outside of Kiki’s window after she ignores his texts. “I’m trying to tell you, I love you, girl, for real,” he says using a terrible New Orleans accent before her mother (Phylicia Rashad) shows up and tries to get him to go away. From there, the 6 God takes over New Orleans as girls perform the “In My Feelings” Challenge all over the place.

At the end of the video, Drake wakes up in his production trailer, where he reveals it was all a dream. “I just had some dream that I made some song about some girl,” he explains to his friend CJ. “I was from New Orleans, grill in my mouth. And then this kid from New York that spits when he talks all the time did some dance to it. And then the world did the dance, and Will Smith was there. Nobody would stop. It was terrible.”