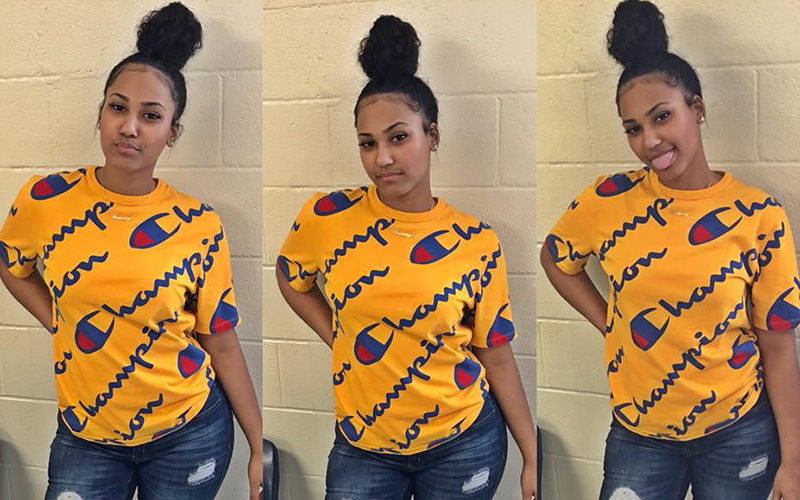 A homicide investigation is underway in Memphis following an incident in which a teen was stabbed to death while fighting another girl around her age this week.

18-year-old Britney Allgood lost her life late Thursday (Jul. 5) after getting into a fight with another woman later identified on social media as Bianca Sims.

According to WSOC-TV, police were called to the scene of what they described as a “neighborhood fight” Friday, and when they arrived, they found two women, who witnesses said knew each other, fighting. “Once she pulled off, the victim was bleeding heavily,” one witness told Fox 13 Memphis.

Britney Allgood, a recent high school graduate, was taken to St. Francis Hospital, where she later died from her injuries. Bianca Sims, the woman responsible for the stabbing,  remained on the scene and was later detained by officers, but wasn’t charged.

According to MPD, this is an “ongoing investigation” as they determine whether the homicide was justifiable.

Here’s what you need to know about Britney Allgood and the stabbing incident that took her life:

1Britney Allgood was fighting a girl named Bianca Sims when she was fatally stabbed. The fight was apparently related to an ongoing “beef” over a boy Britney’s friend was dating.

Memphis police said two young women got into a fight near the intersection of Knight Arnold and Ridgeway around 6 p.m. Thursday evening (Jul. 5) The fight happened between two females who knew each other, police said. Those two women were 18-year-old Britney Allgood and a woman later identified on social media as Bianca Sims.

At one point during the fight, Bianca pulled out a knife and stabbed Britney. Britney was taken to St. Francis Hospital by private vehicle and later died as a result of her injuries. Bianca remained on the scene and was detained by officers, but she wasn’t charged with anything.

According to one woman on Facebook, the fight was the result of an ongoing beef over the past year between Bianca and a friend of Britney’s over a boy.

“Everything started when I got with my Ex that is currently Britney’s best friend (Rossiar) boyfriend,” a woman using the name “Kash Key” wrote on Facebook. “Rossiar started wanting to fight because of the simple fact that the lil nothing a** boy wanted me. Rossiar, Rossiar’s mother, and [Rossiar’s] friend followed me and the boy to the Southaven Mall and was trying to jump me then. So of course just like anybody else folks my people [were] pissed off about it & that’s when [Rossiar’s] best friend (Britney) got in the situation. This is [an] ongoing beef since like last year.”

Video footage showing the fight and the moment Britney Allgood was stabbed by Bianca Sims was shared on social media, where it quickly went viral.

The viral cell phone footage also showed a baby being taken from a car near the chaos at one point. In one clip, a woman can be heard saying “don’t shoot!” insinuating that someone had pulled out a gun. “She cut the sh** out of her,” says another man off-camera. “With the big knife?” the woman asks. “Yeah,” the man replies.

A man named Julius Hughes told WREG Memphis that he saw the commotion as he was driving by. “I busted a U-Turn because I was trying to figure out what was going on and I understand she was stabbed, blood was coming from everywhere,” Hughes said. “It was broad daylight. It was hot. It was broad daylight. It’s crazy out here, this area’s known for a lot of crime, it’s getting bad out here.”

Another eyewitness, who didn’t want to be named, said he was leaving work when he saw the fight. He said he saw one of the women pull out a knife and stab the other. The stabbing victim (Britney Allgood) could be seen in the video footage running from the scene.

“Once she pulled off, the victim was bleeding heavily,” the anonymous witness told Fox 13 Memphis. “It’s like they were trying to jump the young lady, the victim,” the eyewitness said, adding that many other spectators were also recording the incident with their cell phones. “One girl had her camera out and was hitting the girl at the same time her friend was dying,” he said.

3Someone who was with Britney Allgood allegedly pulled out a gun during the fight, and Bianca Sims is claiming she stabbed Britney out of self-defense because her baby was in the car.

Friends of Bianca’s, some of whom were present during the altercation, say that she stabbed Britney out of self-defense because a man who was with Britney pulled out a gun and pointed it at the back of Bianca’s car, where her baby was sitting.

Kash Key wrote on Facebook: “The day Britney was stabbed Bianca was taking her baby to the Emergency Room, Britney and a car full of girls and a boy seen Bianca waiting at a stop sign by her house and turned around and started following her (FOR EVERYBODY SAYING “WHY WOULD SHE BRING HER BABY TO A MEET UP”). She was telling them that she wasn’t [about to] do all that [while] her baby was in the car & the dude with the gun was hanging out the back seat pointing a gun towards Bianca’s back seat to where her baby was.”

Kash Key continued: “Bianca stopped at a gas station where PLENTY [of] people [were]. They approached Bianca car, THEY OPENED HER DOOR. That is SELF DEFENSE FOR SURE. The Detectives pulled the City street cameras and seen the car who was following Bianca Ran 2 red lights trying to get to her and they also pulled the store cameras and seen that they approached her car! That’s why ITS A JUSTIFIABLE HOMICIDE.”

Kash Key also answered the question as to why Bianca had a knife in the car to begin with, and she also cleared up some discrepancies with the stories, most notably the fact that local media outlets are saying that Britney was stabbed in the head, which Kash Key said isn’t true.

“Just because we all had words in the past [does] not justify them pointing a gun towards her baby or putting her baby in harm’s way. Just like Bianca should’ve never pulled over they should’ve never been following her. Y’all can come up with however many stories y’all want to but FACTS [ARE] FACTS, and what’s done is done,” she said. “And as far as Bianca having a knife in the car she [KEEPS] a knife in the car, pepper spray too. The same reason these n****s walk around with guns every day. AND FOR EVERYBODY ASKING ‘WHY SHE DIDNT STAB THE BOY,’ the boy wasn’t the one who opened her door, Britney was! And all the news information is FALSE, Britney was NOT stabbed in the head.” 4Britney’s cousins say the gun was pulled out AFTER Britney was stabbed and they’re questioning Bianca’s claim that she was driving her baby to the ER at the time of the incident.

After the incident, Britney’s cousins went on Facebook Live and explained their side of the story.

Britney’s cousins also questioned Bianca’s claim that she was driving her baby to the Emergency Room at the time of the incident.

“You had a knife on you for what? That [doesn’t] sound right. Why would you ride around with a kitchen knife on you? … Damn right they had a gun, and guess what, fool? The gun got pulled after Britney got stabbed, leaking, dying, running…

“They hollering about gun this and gun that… the gun was pulled out after Britney was stabbed. You can see Britney running, fool. And then they like, ‘Don’t shoot, don’t shoot.’ Damn right, don’t shoot. Britney was already f***ing gushing.”