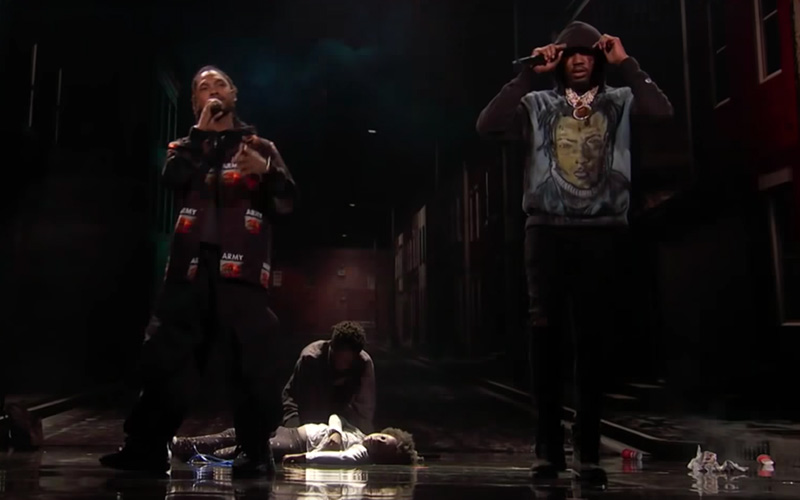 In arguably one of the best BET Awards performances of the night, Meek Mill graced the stage after being introduced by Philly natives Kevin Hart and Lil Uzi Vert and debuted a new song called “Stay Woke.”

Wearing a shirt with a picture of slain rapper XXXTentacion on it, who was shot and killed last Monday, Meek opened his performance up with scenery depicting a normal day in the hood, with kids playing football, a little girl using chalk to draw on the sidewalk, and various goons hanging out on the side of the road.

In the middle of the performance, Miguel joined Meek on the stage and the two performed together before a scene showed the police attacking a group of men in the hood, eventually leading to an innocent little girl being accidentally shot.

As the little girl lays there dead, her mom cries loudly and holds her in her arms while Meek and Miguel continue to rap and sing their parts of the song.

The performance was a chilling depiction of how African Americans are treated in America every day.