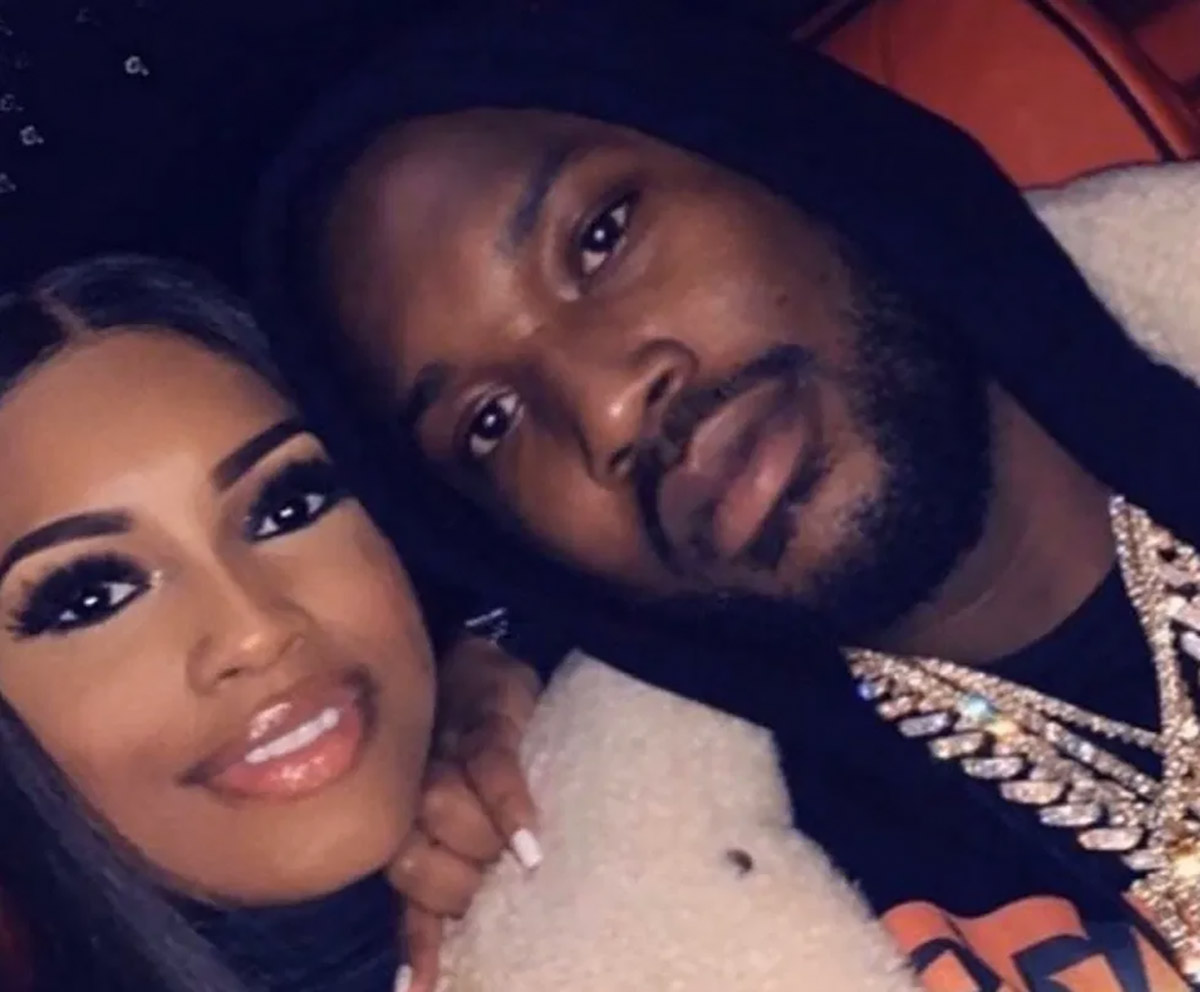 Meek Mill just received the best birthday gift ever … the birth of his third son on his own birthday!

The rapper took to Twitter Wednesday afternoon (May 6) to announce that his girlfriend Milano Harris had given birth to their son the same day he was celebrating his 33rd birthday.

“Milano dropped me off a king on my birthday!” Meek wrote. “#thebestgift.”

Milano dropped me off a king on my birthday! #thebestgift ??

While this is Milano and Meek’s first child together, he’s already a father to two sons—Murad and Rihmeek Williams—from a previous relationship.

Dating rumors first started swirling around Meek and Harris last year, however, Harris initially denied the rumors, saying in one interview back in October that they were just friends.

“To be honest, Meek was the first celebrity to ever wear my stuff. In 2012 he wore one of my hoodies,” the Philadelphia-based fashion designer told Boom 103.9. “And it was an $80 hoodie at the time and that’s literally when I started. … Meek supports Milano and I support Meek. That’s my friend.”

A couple of months later in December, the Milano Di Rouge creator announced that she was pregnant, captioning an Instagram video: “For the first 3.5 months I’ve been super sick and unable to work and move like I use to do.

“The moment I started feeling even a little better & had more energy I wanted to do my annual fashion show because I pushed it back 2x already this year. I’m a creative, so I didn’t want to announce my pregnancy to the world or even to my family with just a photo of my baby bump.”

She went on: “I wanted to create a moment that I could cherish and remember forever. We planned this show in 6 weeks and I have to say this was the hardest show we’ve planned to date but all in all, I’m so happy with the turnout.”

Meek confirmed they were dating a few months later in February 2020 when he referred to Harris as his girlfriend during a heated back-and-forth with his ex Nicki Minaj on Twitter.

“My girl is with me pregnant watching me tweet about my ex is very clownish,” the rapper wrote in a since-deleted tweet at the time.

Harris confirmed the relationship herself about a week later on Valentine’s Day, posting a photo of her and Meek cozied up on a couch together playing Xbox.

“Ima tell my grandkids that ‘we started out as close friends,'” she captioned the image.

She wrote: “Happy Birthday Love… I hope this year is filled with more blessings, lots of love, peace & prosperity. I’m beyond proud of the man you’ve become. You motivate and inspire me in so many ways.”