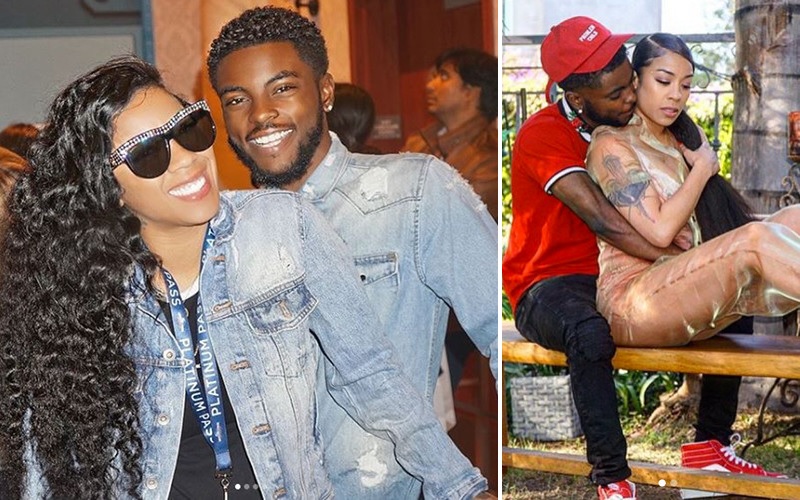 Welp, it looks like Keyshia Cole and her 22-year-old boyfriend Niko Khalé have parted ways after only a few months of romance.

You know social media is a dead giveaway for the status of any relationship. The first sign that there was trouble in paradise was when Cole deleted all the pictures from her Instagram account and set her page to private, leaving her 5.2 million followers only to enjoy an empty page. Meanwhile, on his IG page, Khalé has deleted all pictures of Cole. The caption to his latest post also alluded to being “off the leash” as in, now being a single man. However, the caption has since been changed to read: “My drip a little different.” Though he removed all pictures of Cole, he did choose to leave one video of the Grammy nominee singing his song. So, was he just using her to advance his own rap career?

Keyshia and Niko first went Instagram public with their relationship in February. The two frequently posted photos on their accounts. The 36-year-old singer also took to social media to defend their relationship after she was receiving, what she called, “judgmental” backlash. She wrote:

“Now the reason I’m posting The pepper to my salt @nikokhale is because he’s been such a sweetheart to me, and I kno people have been very judgmental about our relationship but I gotta nurture what nurtures me.”

The relationship was one of Cole’s first since divorcing Boobie Gibson in 2017.

She married Gibson in 2011. Though the couple officially divorced last year the couple separated in 2014. Their unconventional living arrangement was documented on Love & Hip Hop Hollywood in 2017. They have one child together.