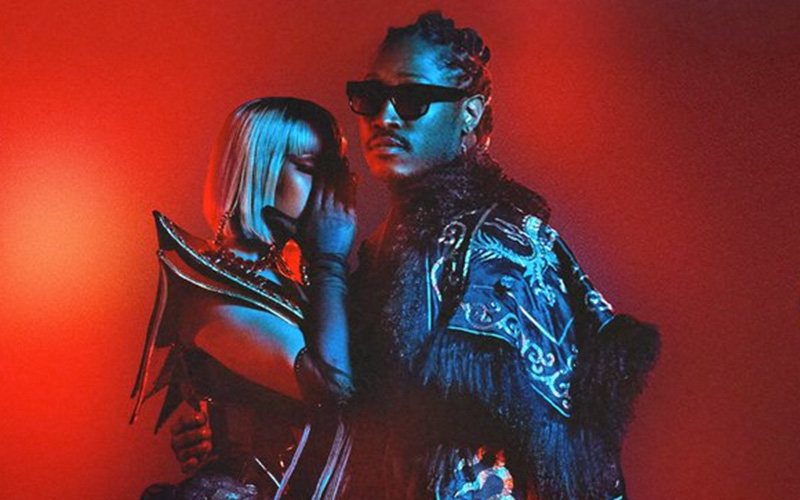 Nicki Minaj and future are going on tour together!

I can't wait to see you all on the NICKIHNDRXX TOUR with @1future! ??? Presale starts 6/12 at 10am local time. Public on sale 6/15
Get more info here: https://t.co/1EypbqkaxN pic.twitter.com/VQ4qQUGLC6

A pre-sale for Citi card member will begin Tuesday morning (Jun. 10) at 10 a.m. local time, while tickets go on sale for the general public on Friday (Jun. 15). Dates for additional cities, including Atlanta, will be announced soon.

Nicki Minaj is gearing up for the release of her fourth album Queen on August 10th, while Future is fresh off the release of the soundtrack for the new movie “Superfly,” which he produced and curated. It isn’t known whether or not he’ll release any new music before the tour kicks off, but knowing Future, it’s entirely possible.

2018 seems to be a good year for joint tours, with Beyoncé and JAY-Z’s “On The Run II” stadium tour, Drake and Migos’ “Aubrey and the 3 Amigos” tour, and J. Cole and Future’s “KOD” tour.

Check out the dates for Nicki Minaj and Future’s “NickiHndrxx” Tour below: