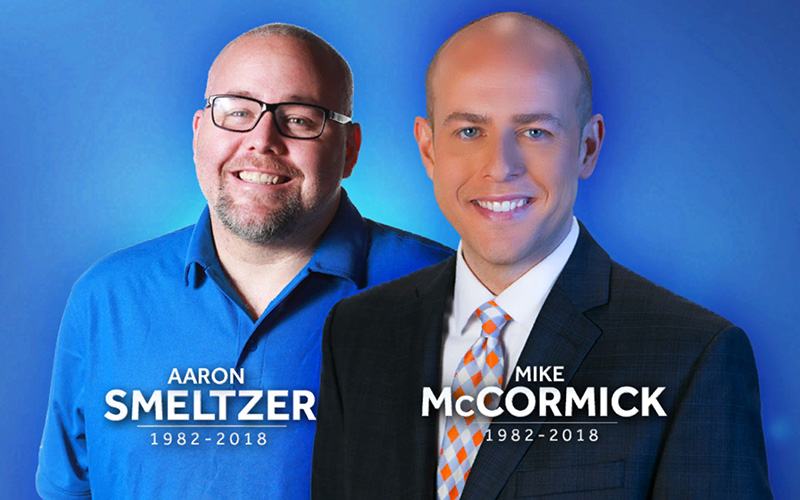 A local newsroom is in mourning today after losing two of their beloved crew members. WYFF News 4 anchor Mike McCormick and News 4 photojournalist Aaron Smeltzer died Monday (May 28) after a tree fell on their SUV.

According to WYFF 4, the tragic accident happened on Highway 176 in Polk County, North Carolina while the two were covering the rain impact in the area from Subtropical Storm Alberto, which has brought a lot of showers to the southeastern region of the U.S.

WYFF News 4 covers news in the Upstate of South Carolina and its surrounding regions, including some parts of North Carolina. Mike McCormick came to South Carolina from Arkansas, where he was a reporter and fill-in anchor at one of WYFF’s sister stations, KHBS/KHOG, for nearly three years.

Mike joined WYFF News 4 in April 2007 as a reporter in their Spartanburg newsroom, and he’s also been a weekend TV anchor for WYFF 4 since 2014. He graduated from the University of Miami with a degree in broadcast journalism and theater arts.

Aaron Smeltzer was the photographer for WYFF News 4’s Spartanburg newsroom. He joined the WYFF family in February of this year after shooting news for more than a decade in the Upstate South Carolina region. Aaron is originally from Tazewell, Virginia and graduated from Radford University with a degree in broadcast video communications.