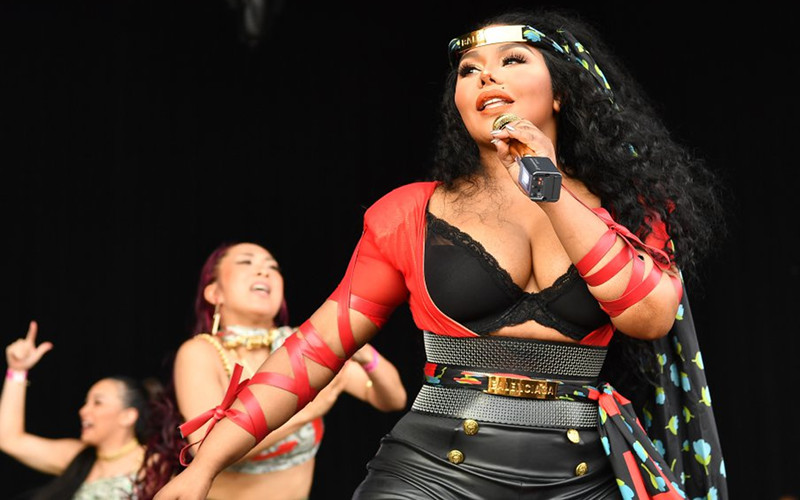 Lil Kim has given us iconic bars and looks over the years. But right now, she’s giving us a good laugh (though I don’t think that was her intention). The Queen Bee of rap has become a viral sensation after attempting to do some of today’s hottest dance crazes.

While performing at Funk Fest in Atlanta on Saturday (May 19), Kim wanted to join her backup dancers and show off her own moves. The femcee did BlocBoy JB’s “Shoot” dance and the Milly Rock and looked a whole entire mess in the process.

See for yourself below:

Though the Funk Fest crowd got hyped with Kim, the internet had other thoughts of Kim’s struggle dance break. All in fun, Twitter clowned her meme-worthy moves and the video clip offered a collective laugh.

I want the King Kong part of chun li put on this video pic.twitter.com/F5pbrKjFsr

Lil Kim dances like that single drunk aunty that wants to stay “cool” and “hip” at the family parties and asks the kids to teach her the new moves that are out now.

Who would've ever thought that Lil Kim would go on to be a hot ass mess.. https://t.co/ngX0h4HNpT

Her backup up dancers don’t get paid enough for this mess pic.twitter.com/YGvxOqsq2x

i never feel bad about my dancing after watching Lil Kim dance.

Lil Kim’s dance moves previously caught social media attention back in December. Her iconic shimmy was called a “geriatric dance” and some compared her dancing to a defensive move basketball players do on the court.

She went Matthew Dellavedova locking down Steph Curry in the finals on em https://t.co/pLvusWOBdt